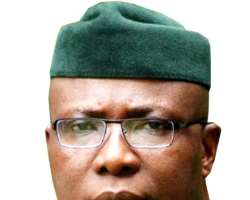 While your determination to reject the title of “senator”, if necessary, is commendable, we make bold to state that it is not enough. Why? Any challenges to the continuous underdevelopment of Nigeria must be foundational, otherwise, it will be akin to plastering over the evil that Nigeria has become.

Babajide Sanwo-Olu, governor of Lagos State, did not need any Caveat before dropping the “Excellency” title. He predicated his action on his faith, which, for anyone who believes in God, would be a mark of humility in the sense that no human being can be excellent, even within human definition, for the human concept of excellency is itself limited by the limitations of the human mind.

Outside the circle of faith, it is a misnomer to describe any office holder (elected or not) in Nigeria as “Excellency” if only for the fact that every successive Administration(military or civilian) have had to make a pretense at correcting or moving beyond the level of their predecessors thus making nonsense of the term; for, if the predecessor is an “Excellency”, the successor will have nothing to improve upon. On this basis alone, all of the various make-believe of the Nigerian political operators must be jettisoned without any Caveats.

Having said these, your “Caveat Lector”, in summary, was an attempt at blaming the victim for the crimes of the perpetrator.

Yes, all of the issues you referenced do occur. But why? Not answering this question and posing a possible way out is tantamount to scratching the surface, for it is quite possible that all of the examples you gave would also have their own reasons for behaving the way they do, hence the “why” question.

As obvious as this “why” is—this is an “aarun oju” in Nigeria—, the denial becomes its extension. For, if your electors expect you to take care of sundry things, it is simply because your legislative praxis is based on a parasitic and prebendal institution, where, within the context of your duties, the National Assembly, is a sort of ATM machine, just as all of the other Institutions in Nigeria, which made Ike Ekweremadu, the deputy Senate president during your term, describe Nigeria as practicing a “feeding bottle Federalism” and we all know that a child on feeding bottle makes no contribution to its contents but simply consume what is presented to him/her. This is the major reason why all sorts of shenanigans are always employed to ensure an electoral victory into the Assembly.

Absence of the reality of the United States as a “de jure and de facto” Federal System in your Caveat also betrays your avoiding the “Why” question; for what obtains in the United States was and is not a function of their political actors being “better” persons than their counterparts in Nigeria as your comparison suggests.

The United States, as we now know it, came into being by way of its Constitution arrived at during the 1787 Constitutional Convention, replacing the previous Articles of Confederation as a way of creating a completely new government; reinforcing the definition of Federalism as a union of two or more entities with coordinate equality between the Federating entities, hence the responsibilities of the electors and the elected had been made very clear from its foundations.

Even when members of the US Congress introduce pork barrels into their budgets—these are no substitutes for the political economy of the States which are not dependent on “allocations” from the Center, and which is why there are differences in the political economies of the different states, unlike Nigeria where her “federalism” pursues a homogenized or uniform political economy for all the states; again differentiating the Federalism of the United States from the “feeding bottle federalism” of Nigeria.

Turning around to accuse the electors of “blackmail” in their expectations of whatever catches their fancy is trying to make an attempt at diverting the responsibility for addressing the “blackmail” by the legislature.

Expecting a similarity of purpose, aspirations and expectations from such a fundamentally divergent praxis is tantamount to planting corn and expecting to harvest cassava.

You are the Special Adviser to the President on Political Matters, which presupposes that you should be able to provide the answers to the “why” question.

This starts from getting your former colleagues as well as current NASS members to begin a process of neutralizing the centrality of “Feeding Bottle Federalism” from which they enjoy such humongous emoluments, and, according to you, spend on the vexatious demands of the electors. Drastic reduction by making these to be not more than the average emoluments of a Permanent Secretary in the Federal Civil Service will be a good beginning.

By this, any form of “blackmail” would have failed, ab initio; for it would no longer be necessary for any contestant to go out of his or her way in order to get elected; the integrity of the institution would be obvious and protected. Furthermore, the various expectations you attached to NASS membership will no longer be relevant, for if you are not voted for, the chances of any voter expecting some form of “pay-for-play” will not arise; voting will become interesting only to those who expect some veritable form of service as well as those willing to provide it.

If it is true, as you wrote, that all of the “mindless demands” are not in the Constitution, you betrayed yourself by acquiescing to provide Unconstitutional demands which further exposes the level of fidelity you and other members show to the Constitution itself.

By this, a conclusion that the NASS, because of this, is Unconstitutional in its conduct is therefore apposite; and this can only be cured by reassessing the National Assembly itself, starting from the re-evaluation of its members’ emoluments, and going parri passu with the necessity to redefine the context of Federalism in Nigeria.

That Nigeria is made up of various cultures is not in doubt. There are some of the Cultures, the Yoruba, for example, which, if given the chance, would ensure that their Representatives at whatever level are responsible providers of necessary services to their communities.

Yoruba land has traveled this road before; during the days of the Western Region, where there were part-time Local Councilors; by and large, the members of the House of Assembly were often responsible human beings whose public postures were mediated by the “omoluwabi” cultural imperative of the Yoruba, the attempted violation of which led to the resistance to the 1965 Federal Elections famously known as “wet e”.

Nigeria’s so-called Federalism denies the existence of the various Peoples through the instrumentality of the military and continued under the various civilian administrations, including the one under which you serve as the Special Adviser on Political Affairs, hence all that such “federalism” could achieve would be a potpourri of irrelevant political praxis laying the foundation for what you stated as “mindless demands”.

Correcting the denial of this cultural imperative in Nigeria’s Federalism is therefore a necessity.

Alongside getting your colleagues to address the emolument question is the need to address this “National” or “Cultural” Question and the way to start will be to get the various Cultures to intervene in redefining the concept of Nigeria and their place in it. Meaning, each of the Peoples must be able to, within themselves, find a way to address this redefinition, preferably through a Referendum, which will be the basis for a structural reorganization of Nigeria into a truly Federal Sovereign entity.

Since you are enamored of the American experience, this will also mean that, just as the Constitutional Convention was to create an entirely new system of government and not simply to amend or alter the then existing Articles of Confederation, so also addressing the National or Cultural contradiction must necessarily become the platform for a new Constitutional arrangement for Nigeria, otherwise, all attempts at equating Nigeria with America will simply be pure grandstanding.

A Yoruba organization, Egbe Omo Oduduwa, has already prepared a Draft Bill for a Referendum to be presented to the various Houses of Assembly in their territory for action.

You can use your good offices as a Special Adviser on Political Matters to advance this cause both at the Yoruba level as well as the central level where you can leverage your position to influence the country’s decision makers as to the necessity of this quest.

In case you have not come across this Draft, you can read it here: