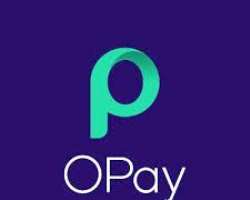 China has never hidden its desire to be the next conquerors of Africa. Africa is now the new beautiful bride among foreign investors and a second scramble for her but this time around different from the 1884-1885 scramble and partition of Africa is the new reality now.

All sectors are of interest to the Chinese and some have even gone as far as lending money to hitherto Sovereign African nations.

In 2018, Opay a previous Norwegian fintech firm which was acquired by some Chinese investors in 2016 for the princely sum of $600 million launched operations in Nigeria. It had the mission of catering to the interest of the unbanked with a sturdy quest to dominate the fintech space which is already crowded and saturated.

In August 2018, Opera acquired a stake in paycom, a Nigerian fintech firm to launch Opay.

The fintech firm came into the market in November 2018. They got an investment of $120 million from a group of Chinese investors including Meituan-Dianping, Source Code Capital, IDG Capital, Sequoia China and GSR Ventures.

By December barely a year later, they could boast of about three thousand mobile agents. The number rose to fourty thousand in July 2019 making their network one of the largest in the country in a fiercely competitive market. There are twenty- three banks with over five thousand branches which are in direct competition with Opay. Their fiercest fintech competitor, Paga had about twenty-three thousand agents within the same period that OPay recorded their explosive growth.

By July this year, they had raised another $50 million which left the mouth of their competitors agape as their fundraising ability is second to none in the African space.

Opay has expanded their operations in Nigeria – the largest market in Africa. In June 2019, it launched ORide, a bike-hailing service, OBus, a bus transport service, OFood, OWealth and OTrike. Last month, it launched OKash loans to compete in an already saturated digital lending market in Nigeria.

Their success in Nigeria hasn’t been without some severe challenges. They had to suspend the operations of OBUS because its business model of third party leasing wasn’t working well with the market. Even with that challenge, they had a tough fight with the members of the National Union of Road Transport Workers (NURTW) who were extorting them on a daily basis which caused a deep inroad into their revenue.

Their other O subsidiaries seem to be doing pretty well in the saturated market which requires more than the grit of a lion to stay afloat. Opay for instance said it does $5 million worth of processing daily. For a new company, this is highly commendable.

Not done with the Nigerian market, they set their eyes on other African markets.

Opay launched in Kenya in December 2017; In February 2018, Okash also berthed in the East Africa.

Their competitors aren’t just sitting down and folding their arms. They are up in arms in their bid to have a big slice of the pie in the highly lucrative market.

Consider this critically according to a report by the Africa Report: We don’t think that Opay is a nine day wonder or flash in the pan as they are backed with serious cash and a crack team of the best of minds to boot. Their expansionist agenda in Africa – the world’s second largest continent with a population of over a billion may seem them berth in nearly all the fifty-four countries in the not too distant future. The territory is still virgin and ripe for the taking and the population due to the conservative nature of most Africans is most likely to still record more exponential growth in the future. There are already projections of a massive growth in the African population in no distant time. The African population is still youthful and is arguably the most youthful in the globe and so the continent is most likely to remain an attractive option for investors.

African policy makers should do all within their powers to provide the enabling environment for businesses to thrive. This way, they wouldn’t need to go abroad cap in hand looking for elusive investors.

We watch with keen interest the quest of Opay to take over the entire African fintech space.