Lorry driver arraigned in court for causing death of travellers 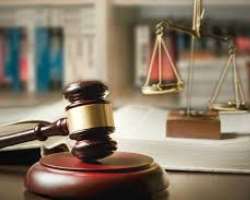 A 22 year-old tipper driver, Muraina Taiwo was arraigned before a Magistrate Court in Osogbo today for causing death of six people.

The prosecutor, Inspector Akintunde Jacob told the court that on 16th of November, 2019 at Steel rolling, Osogbo, Osun State at about 10:15 am, the accused being the driver in charge of Man Diesel Tipper with registration number FST 597 XY drove the vehicle without heavy duty permit.

Prosecutor stated that the offence committed by the accused is contrary to and punishable under section 18 & 27 of RTA Cap 485 Laws of Federation of Nigeria.

The prosecutor added that he want to duplicate the case file for legal advise from the Attorney General because of the victims.

The accused who lives at Baale Idi- Iroko meta, Osogbo pleaded not guilty of the two count charge.

The Defense counsel added that he had met with the victims families and they told him that they are not interested in the matter anymore but the police refuse.