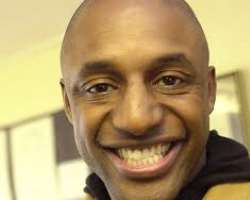 John Fashanu fondly known as ‘Fash the cash’ for his prolific goal scoring ability especially during his days at Wimbledon cuts the picture of a patriot. He returned to his motherland despite the fact that he spent his formative years in the United Kingdom where he and his late brother, Justin Fashanu became world famous due to their exploits in the round leather game. He moved back to Nigeria since the early 2000’s and has never looked back since then.

He tried several times to become the Chairman of the Nigerian Football Association and was aghast at the rot in the system which didn’t give a chance to men with bright ideas and vision to exponentially flourish.

Some of his critics accused him of not playing for the Super Eagles but he cleared the air on that saying that the former Brazilian coach, Otto Gloria invited him to the camp of the Super Eagles in the 1980’s and he honoured the invitation. Unfortunately, the style of football that he played which was aerial football where the ball is on the air was different from the one the Super Eagles played which was putting the ball on the ground. He couldn’t fit into the team and so opted to play for the Three Lions of England where he had two caps – against Chile and Scotland.

He was in the news recently when he bared his mind on the refusal of Tammy Abraham and Fikayo Tomori to dorn the green and white jersey. He opined that Nigeria doesn’t really take care of her players when they retire and leaves them to their fate when they have injuries or when they become financially incapacitated after their playing days is over. He said that since he retired from the world’s most popular sport, he has been receiving a pension to the tune of five million naira monthly despite the fact that he is no more domiciled in Britain. This was more than a bombshell as I am not aware of the fact that footballers are also pensioners. This was my first time of hearing about this as I found it amazing.

Footballers sign contracts with their clubs and the contracts terminate when they leave the clubs so how come Fashanu has a pension? Was it from Wimbledon where he spent eight seasons? Did he have a private pension arrangement with the British government? The age for male pensioners in the UK is sixty-five and he is currently eight years short of that so how come he has been receiving a pension for years? These are critical questions begging for answers and we hope that ‘Fash the bash’ because of his abilities in the martial arts can provide us answers to these nagging questions.

Fashanu is no stranger to controversy and he has the ambience of a drama king. We recall the sordid things he revealed about his ex wife, Abigail Igwe during their messy divorce a few years ago. He also turned his back on his late brother, Justin when he came out publicly as gay opining that the latter was just looking for a free publicity stunt to revive his dying football career.

If the pension plan was that lucrative in the UK, one wonders why the likes of George Best and Paul Gascoigne ended up extremely broke.

I agree with the fact that the Three Lions take better care of their players than the Super Eagles but it is ridiculous to assert that all English players have a pension plan simply because he wanted to back the refusal of Abraham and Tomori to sign up for the Super Eagles. There is no need to court needless controversy on this issue. The audience he passed the message across to are no simpletons and have a discerning mind – there is need for caution.

Fashanu is fast approaching the age of senior citizenship and so there is need for him to avoid unnecessary controversy and use his talents and vast network to mould the next generation of Nigerian and African leaders.