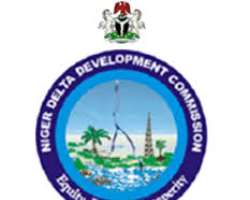 A pressure group in the Niger Delta region, Niger Delta Youth Coalition (NDYC) has expressed concern over the current state of things at the Niger Delta Development Commission (NDDC), and called for urgent attention of President Muhammadu Buhari.

The National Coordinator of NDYC, Prince Emmanuel Ogba said there is every need to inaugurate the new NDDC Board appointed by the President and cleared by the National Assembly.

The group leader equally urged President Buhari to approve the Interim Management Committee and turn it to Presidential Probe Panel, in view of the wonderful work it is doing.

According to him, " since the newly appointed Board has fulfilled all the necessarily constitutional requirements as set out by the act establishing the commission, there is no need delaying its official inauguration.

" Delaying their inauguration gives the impression that the committee's work is clashing with that of the new Board already cleared by the National Assembly", he said .

He noted that the interim committee has already recorded huge success by exposing someone with 300 contract jobs who collected pay for 120 without even moving to site.

He further stated that the committee has also stopped someone from collecting whooping 1Billion Naira for collecting NDDC money from debtors monthly.

" With these two discoveries alone, one can no longer Wonder why the commission records thousands of abandoned projects.

" Obviously, with the new discoveries, it is expected that those involved in these fraudulent activities in the commission would fight back at the Interim Committee, so disbanding the committee is obvious indication that the fraudsters are having their way already.

"Based on this development, any person interested in the success of the commission will not allow the wonderful job already done by the Interim committee to be abandoned, instead, more impetus should be given to the committee to save the system", he said.

He warned that any attempt to disregard the efforts made by the committee, will backlash on the interventionist agency.