The Real Deal on the War in Yemen 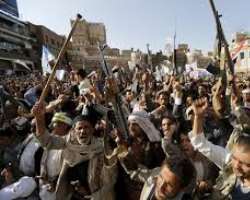 The latest war in Yemen, ongoing since 2015, started when the Houthi tribes in the north made a deal with former President Saleh (whose son remained head of the army under the agreement made with the Saudis to get him to vacate the Yemen Presidency) to work together to conquer all of Yemen militarily.

The Houthis and the Yemen Army under Pres. Saleh’s government had over the years fought 4 wars against each other, each ended more by exhaustion on both sides rather that on the battlefield. Having most of the military forces in Yemen, together they would be able to quickly capture all of Yemen, particularly the southern oil fields which were the main producers of what little foreign currency Yemen earned, and a fait accompli was in the works.

Remember now, until 1990 and the mediation of the then Eritrean independence struggle brought about re-unification, there were two independent Yemens, North Yemen and South Yemen. This reunification took place without any CIA, Soviet, British or French involvement and was a completely homegrown success.

With the chaos resulting from the popular revolt against the Saleh regime and what amounted to a power vacuum following the abdication of President Saleh and the Saudi appointment of a toothless caretaker goverment, the Houthis and Pres. Saleh saw a chance to seize power, though for how long it would be before they were at each others throats once they had power was another question. The Houthis were later to assassinate Saleh when he went over to the Saudis after the intervention.

The combined might of the Yemen Army and the Houthi militias quickly captured the capital Sana’a and began steadily driving the southern mainly Sunni militias from stategic positions. Just as the fighting was reaching a critical point the Saudi military, alongside units of the UAE, with critical US air refueling support, intervened and stopped the advance of the combined Houthi/Yemen Army. Eventually the intervention forced the mainly northern based fighters back to where the stalemate exists today.

When the Houthi/Saleh coup was launched the Iranians, oft accused of being the main instigators in all of this, were in the midst of completing a Nuclear deal with the Obama Administration in the USA in the hope of getting the very damaging economic sanctions imposed by the US lifted to some degree.

The Iranians were not happy when the war broke out and publically expressed their misgivings when the Yemen capital Sana’a fell to the Houthi/Yemen Army. Iran wanted peace in the region, at least until they got their economy growing and dissipating domestic discontent.

It wasnt until Donald Trump became US President and scrapped the Nuclear Deal and reimposed crippling economic sanctions against Iran did the Iranian leadership begin to actively support the Houthis now in sole possesion of the north of Yemen.

It didnt take much help from the Iranian “drone super power” to see a low cost catastrophe inflicted on the Saudi oil fields by the Houthis sending a seismic geopolitical shockwave rolling across the planet. Now the Saudi leadership seems willing to talk to Iran, at least indirectly, no more “cut off the head of the snake” talk at least.

The new “ceasefire”, though no such thing has ever occured in Yemen,has seen the Saudi backed forces take over key infrastructure previously being contested with the Houthis. The key is if the Saudi air force continues its indescriminate bombing campaigns there will be no real progress towards peace. So far the bombing campaign has been reported to be reduced by over half.

As predicted in these pages Yemen has become Saudi Arabia’s Vietnam, and the UAE for its part is disentangling itself further from this mess. How long before the Saudis declare victory and leaves Yemen to the Yemenis is unknown, but if Iran and Saudi Arabia come to some sort of tacit peace deal who knows what could happen, peace may break out in Yemen before we realize it.

Of course the USA will be dead against this happening and expect to see a lot of high profile visits by senior Trump minions to prevent peace breaking out. Maybe another series of devastating drone attacks on Saudi oil fields may be needed to bring all sides to peace talks.

The key to reunification of Yemen is negotiations, and the only real successful negotiations in recent times was under Eritrean leadership ie 1990. Eritrea has been successful recently in leading the outbreak of peace in Ethiopia and Sudan. Hopefully Yemen is next, inshallah. The problem is to many players vieing for a role in one of the most

strategically critical chokepoints in the world, the Baab Al Mandeb straights where the Indian Ocean joins the Red Sea. If left alone the Yemenis with Eritrean mediation could solve their own problems once again.

Thomas C. Mountain is an historian and educator living and reporting from Eritrea since 2006. See thomascmountain on Facebook or best reach him at thomascmountain at g mail dot com