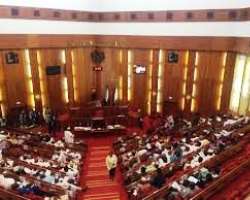 Corruption has been around with us even before Nigeria got her political independence from her erstwhile colonial overlords – the United Kingdom.

In 1956, the then flamboyant and charismatic, Ibadan politician, Adegoke Adelabu of peculiar mess or penkelemesi fame was facing a trial by the Nicholson Commission of Enquiry for alleged misappropriation of public funds. He was forced to resign as the Minister for Social Services. He had the overt backing of the masses as he parked his car in a public spot and asked his constituents to enter the car from one side to the other. After they had done the ritual, he then asked a question: How many of you have entered Chief Obafemi Awolowo’s car? He was found guilty and replaced with Chief J.M. Johnson. The masses wouldn’t hear of the prosecution of their ‘beloved leader’ as tribal sentiments came to play that the Premier Awolowo was an Ijebu man and so why should their Ibadan son be incarcerated on home soil?

Dr. Nnamdi Azikiwe a.k.a Zik of Africa was indicted by the Foster Sutton tribunal in 1957 while he was the Premier of the Eastern Region for a conflict of interest with regards to his dealings in the defunct African Continental Bank where he had an interest in. Rather than face his prosecution, he hurriedly called for a general election and whipped up ethnic sentiments to the ever gullible masses to see him coast again to electoral victory.

The colourful Dr. Kingsley Ozumba Mbadiwe of timbre and caliber fame was asked a question by a journalist as to the source of his sudden and unexplained wealth. He quipped back by replying: ‘From sources known and unknown.’

Independence came which heralded the First Republic. Most politicians were called ten percenters because of their fraudulent awards of contracts. The coup came and soldiers were at the helm of affairs. They promised to clean the Augean Stables but they ended up even being worse than the civilians they had overthrown. Successive administrations both military and civilian became an endless vicious cycle of corruption.

Nigerians were happy when democracy returned to the country in 1999. The hoi polloi had been made to believe that their problems would be over as the pro-democracy activists had promised them that they will receive the dividends and goodies of democracy. No sooner had they settled down to governance that the members of the National Assembly demanded for furniture allowance and other ridiculous allowances. The late Dr. Chuba Okadigbo, smarting from his loss to Chief Evans Enwerem was quoted to have said that the legislators were not in Abuja to spread poverty. They were able to arm twist the executive into meeting their demands.

We recall that the Governor of Kaduna State, Mallam Nasir El-Rufai made an allegation that Senator Ibrahim Mantu, the then Deputy Senate President asked him for a bribe to confirm his as the Minister of the Federal Capital Territory.

The then Olusegun Obasanjo Presidency set up the Economics and Financial Crimes Commission (EFCC) to tackle the scourge. His critics contended that it was a mere instrument to witch hunt political adversaries.

The nation was regaled with the fact that $10 billion dollars was budgeted for the power sector in the Obasanjo Presidency and the nation still remains in perpetual darkness more than twelve years after. Politicians have been emboldened to dip their hands into the cooker jar as they know that at the very worst they will get a mere slap on the wrist as ‘punishment.’ We recall the ridiculous sanction given to the former Edo State Governor, Chief Lucky Nosakhare Igbinedion. He was so ‘remorseful’ that he kept his fine in the boot of his car which he paid in the court. If not for the extradition of Chief James Onanefe Ibori to the UK, he would never have been jailed in any Nigerian court. Former Rivers State Governor, Dr. Peter Odili has gotten a perpetual injunction since he left office over a decade ago which has ensured that he hasn’t been prosecuted for alleged corruption by any law court in the clime. The current Minister of State for Petroleum, Timipre Sylva was given his 48 houses that were seized by the EFCC the moment he defected to the ruling APC and was even rewarded with a juicy ministerial appointment. Senator Godswill Akpabio also has a case to answer with the EFCC – the irony is that his former prosecutor, Festus Keyamo and himself are members of the Federal Executive Council. In fact Akpabio was his boss in the Niger Delta Ministry before his redeployment to the Ministry of Labour.

Corruption has made millions of Nigeria flee the country on economic asylum. Many have died preventable deaths as Sani Abacha was kind to call them consulting clinics in 1983 – now they are akin to ‘death chambers.’ The nation has been denied its chance to stand tall in the comity of nations as it is a Lilliputian among the Giants. She has the potential to be the first African super power but the corruption scourge has blighted this.

There is the urgent need to tackle this malaise as it is the root cause of the nation’s crisis. Public office should be made less attractive as is the case in the developed world. It shouldn’t be a meal ticket for the less successful to take care of their bellies. The legislature should be on a part time basis like how it was in the First Republic. The legislature should not be the dumping ground for idle minds and legislators should still retain their day jobs or businesses while making laws for the nation. I agree with Senator Rochas Okorocha and Governor Kayode Fayemi who called for a massive reduction of the number of legislators. In my view the Senate should be scrapped like it was done in Senegal and Mauritius. The House of Representatives should also be reduced with sitting allowances being paid as opposed to its current practice of being a full time legislative house. The security vote of governors should be abolished as its current practice of it being hidden from public view is a huge breeder of corruption. There should be long jail terms and confiscation of properties built with the proceeds of corruption and there should be the practice of public naming and shaming. The number of political appointees should be drastically reduced to the barest minimum.

There will always be opportunities for honest leaders to still make a decent living after leaving office. Tony Blair started making his money from speeches after he retired from politics after twenty-four years. The same applied to Bill Clinton who left the US Presidency in debt in 2001 with his fortune coming from speeches and the books he writes. There must be a national re-orientation that politics should be an instrument of service and not a last option when all legitimate money making options have fallen flat.

There should also be restructuring to ensure that more powers devolve to the states with a weakened centre as was the case in the First Republic. This way there will be less emphasis on what happens in Abuja as politicians will no longer run there at the slightest whim with cap in hand.

Nigeria can only be great if political corruption is reduced to the barest minimum. The time to start building a corrupt free society is now.