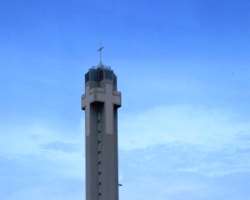 The Afrobeat Maestro, Fela Anikulapo-Kuti was indeed a musical prophet who lived far ahead of his time. He used his music not only to rail against bad political leadership in Nigeria but also to reinforce Karl Marx’s saying that religion is the opium of the masses.

The British spent only ninety-nine years in Nigeria yet we act as if we are more Catholic than the Pope.

There is a link between incompetent political leadership and religion in Nigeria and Africa especially the Pentecoastal movement which explains why the two leaders in these areas work hand-in-hand.

In the 1980’s when bad leadership was rearing its ugly head all over the continent and the presence of a failed state was the norm in Nigeria and Africa, the ‘Men of God’ took advantage of this to offer the beleaguered masses ‘hope’ for a better future. These pastors became the next demi-gods in the lives of the hoi polloi as they filled in the vacuum created by irresponsible leadership. These smart alecs who masquerade as Pastors were mostly charismatic men and in some instances women who could perform ‘miracles’, ‘signs and wonders’ and who possessed the gift of the garb which they deployed with ruthless efficiency.

When a poor man has a problem, there is no mobile number of any elected or appointed political representative to call on; the unity which existed in the traditional African family setting is fast disintegrating due to the twin influences of westernization and widespread poverty. The church is then as the place to solve all problems – man made and supernatural. The pastors preach the necessity of the congregation to pay their tithes and offerings as that is the only way God can shower his abundance of blessings on them. They brainwash the masses to the point that they never fail to pay their tithes even when they don’t have a regular source of income. The masses forget that the tithe was a law in the old testament of the Bible which was in effect Judaism and not Christianity. Asides that, the tithe was given exclusively to the tribe of Levi. Do the pastors lay claim to being the descendants of Levi?

Anyone who loses his job or business goes south now claims to be called by God to preach the Gospel. Some don’t even go through any form of Theological training. They just rent somewhere and commence their ministry of winning ‘souls for the kingdom.’ The masses are taught never to question their Pastors as they are the anointed Men of God and intermediaries through which God communicates with them. The pastors can do no wrong. The congregation is so protective of their pastors that they can do the most ridiculous of things to protect their interests.

Two popular pastors in Nigeria with the first name Chris are both divorced from their wives. When I confronted a die hard member of one of their churches as to why a divorcee should be joining the hands of couples in Holy Matrimony, he said that it was the wife who left him and that it’s not the pastor’s fault.

Many pastors do all manner of weird things to control the minds of their sheepish flock. We recall one Rev. King who allegedly murdered some of his congregation members and was sentenced to death by hanging by a court. His congregation protested on the streets saying that he was innocent and was merely framed up by his adversaries.

The hilarious thing is when some members go as far as disposing of their assets in order to satisfy the rapacious appetites of their tithe loving pastors. I recall when I visited a church where the popular Apostle Johnson Suleiman was invited as a guest minister. After mesmerizing the congregation with the wonderful power of tithing, some dropped their car keys on the spot while others went home and handed over the title deeds to their domiciliary edifices and other valuables.

When Jesus Christ was alive, he performed his miracles at no cost to the people but some of these pastors insist on being paid in cash or kind for their miracles. They often quote the Bible passage ‘A labourer is deserving of his wages’ to justify their claim to remuneration. These churches also surreptitiously back corruption. Some years ago, there was the case of a member of Christ Embassy who worked in the popular Sheraton hotel as a cashier. He was said to have given the church millions of naira as his tithe. The church didn’t ask any questions as to the source of his sudden wealth as he earned a mere piddling as a cashier. The church also refused to hand over the funds when the Economic and Financial Crimes Commission stepped in to investigate the matter. Recently, a civil servant in Abuja, the nation’s capital was found out to have shelled out some millions of naira to his church as tithe. What happened next? Loud conspiratorial silence from his so called ‘Man of God!’

Factories are swiftly been converted into churches as the masses aren’t ready to use their brains to get out of the mess or to even hold the bad government to account because they have been told that there is the afterlife – Heaven where there are no sorrows and challenges and they don’t want to miss it by standing up to oppose evil leadership.

Fela sang about this in one of his hit songs and called it ‘suffering and smiling.’ There pastors build educational institutions from the cradle up to tertiary with the tithes and offerings of the poor which the latter cannot afford as they hardly make any provision for any form of scholarships. They drive around town in the most exotic of vehicles, live in eye popping mansions and travel round the world in state-of-the-art private jets while their emotionally and psychologically flock are content to trek to church on foot or go by the dilapidated public transport. The pastors would always tell the masses to pray for their leaders and even invite the latter to church services where they have the front seats exclusively reserved for them to the ‘delight’ of the masses who cheer on like a five year old lad who just got a rare candy from his mother. The irony of it all is that the masses want to escape abroad on economic asylum to the west that has long separated the church from the state.

George Orwell’s evergreen ‘Animal Farm’ best describes the relationship between most of the leaders and their followers in the modern day Nigerian and African churches especially the new generation ones.

Nigeria and Africa at large need a third force comprising incorruptible and intelligent youths who can question things and light the flame of enlightenment which will spread the message of liberty throughout the continent. Africa can never be liberated by these so called ‘Pastors’ and complicit incompetent political leaders.

A third force of thinkers who can force the docile to think and take necessary action is what is critically needed in these trying times for Africa to catch up with the rest of the world.

I hope to see this force in my generation.
Tony Ademiluyi writes from Lagos and edits www.africanbard.com