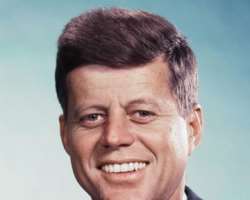 In 1929, the United States had the famous great depression which was the worst recession that hit the country. Multimillionaires suddenly became bankrupt as their worthless stocks piled up. Some jumped to their deaths from the window while others took to alcohol and gambling. The then Governor of New York, Franklin Delano Roosevelt saw a great opportunity in the nationwide crisis and used it to launch himself into national reckoning by putting his name forward as a President Candidate of the Democratic Party. He promised Americans the New Deal if elected into office. He went on to make history as the first disabled man to become the US President. One of the first things he did upon assumption of office was the creation of the Securities and Exchange Commission to bring in some sanity into the nation’s stock market. However, the appointment of the first man to head it was viewed by the discerning public as an anti-climax.

He appointed Joseph Patrick Kennedy to head SEC. There was widespread condemnation of it because he was heavily involved in insider trading which was the root cause of the stock market crash. FDR was smart enough to know that it took a ‘crook’ to catch a ‘crook’ and resisted public pressure to have it rescinded.

Kennedy got to work and the first thing he did was to outlaw insider trading which has now set a global template for stock exchanges around the globe. FDR later made him the first American of Irish descent to be made the country’s Ambassador to the United Kingdom. In 1941, he was forced to resign his position as he failed to publicly support America’s entry into World War II. He had the ambition to succeed FDR but his pacifist stance sounded the death knell to that. Facing the new reality, he decided to transfer that ambition to his eldest son, Joseph Kennedy Jr who was a law student at Harvard before he suspended his studies to join the military to halt the spread of Nazism. Joe Jr never returned back alive and so the Patriarch decided that the next son, John Fitzgerald Kennedy would become the President one day.

JFK was ill throughout most of his life and nearly didn’t go to the Second World War due to his bad health. He took numerous barbiturates for his back pain amongst other ailments. He initially wanted to be a writer and academic. His reluctant entry into politics was at his father’s insistence.

His book ‘Profiles in Courage’ was a Pulitzer Prize winner. He wrote it from his hospital bed where he was being treated for his bad back. He was an orator, a ladies’ man, well built and charismatic. His leadership potential was spotted while he was at Harvard pursuing a degree in political science and was voted ‘Most likely to succeed’ by his fellow classmates. His wealthy father ensured he travelled round the world before his 21stbirthday and had a brief spell as a student of the London School of Economics and Political Science where he learnt at the feet of the world famous Jewish Economist and though leader, Harold Laski.

He returned back home in 1945 as a decorated war veteran and cashed in on that to run for Congress in 1946 which he won. He was barely twenty-nine. Having spent sometime in the Congress where he made his mark, he decided to run for the Senate which he did successfully and was elected a Senator in 1952. The following year he met his wife, Jacqueline Bouvier in a party and they got married later in the year. In 1956, he lost the nomination for the Vice-Presidency and was a media friendly senator as his views were reported across the nation on a daily basis.

1960 was his big break as he put his hat in the ring for the American Presidency. His most powerful rival for the plum job was Lyndon Baines Johnson who had been in the Congress long before him. The election was an epoch making one as it was the first in the nation’s history to have a televised debate. The debates exposed Kennedy as more knowledgeable and politically mature while it showed Johnson as fidgety and insecure. JFK went on to win the nomination and in a stroke of political sagacity went on to make Johnson his running mate. It was a smart move of Kennedy as he badly needed southern votes to coast home to victory.

He eventually won and one of the quotes in his inaugural speech is still in use till this day ‘Ask now what your country can do for you; ask what you can do for your country.’ He was the youngest elected President at 43.

His charisma and ability to connect with the Average American despite his privileged background was so great that not even his fiercest critics screamed to the High Heavens when he appointed his younger brother, Robert as the Attorney-General.

He was totally committed to ensuring equality for all Americans irrespective of race and gave a sturdy backing to the civil rights efforts of the black emancipators particularly the activities of Reverend Martin Luther King Jr who had private meetings with him in the White House.

He was committed to ensuring the spread of democracy and free markets across the planet and sponsored some insurgents who were opposed to the Communist regime of Cuba’s Fidel Castro in the popular Bay of Pigs invasion. The agenda ended up in a cul-de-sac as Castro’s forces won the battle. Kennedy was humble enough to apologize to the nation and he was swiftly pardoned by the public. He did his best to avert another World War as the Cold War between them and the now defunct Union of Soviet Socialist Republics was fast tilting towards an arms struggle. He did his best to ensure unprecedented prosperity for all especially the minorities with the blacks in particular. He was responsible for Neil Armstrong’s landing on the moon as the first person on earth to do so in 1969 as he set the motion for the feat during his short lived Presidency. His cabinet was made up majorly of young and vibrant people and was nicknamed ‘The Camelot.’

In November 1963, he went to Texas the home state of the Vice-President to campaign for a second term. On November 22nd that fateful year he was shot dead allegedly by Lee Harvey Oswald. Some conspiracy theorists opine that Oswald was merely used as a decoy and up till date no one really knows the true killer.

The world mourned in unison as his lifeless body was lowered into mother earth.

It should also be noted that he was the first Roman-Catholic to sit in the White House and remains the only till date. His father was so devastated that he suffered a stroke while greatly impaired his speech.

His family really suffered tragedies as Robert was killed in 1968 while celebrating a California presidential primary election victory. His son, John Kennedy Jr died in a plane crash before he turned fourty.

His legacies live on and he will be sorely missed.
May his gentle soul continue to rest in the Bosom of the Lord!

Tony Ademiluyi writes from Lagos and is the editor of www.africanbard.com