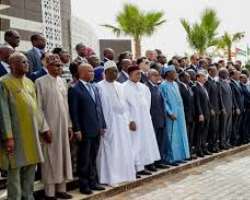 Some years ago while still an undergraduate at the University of Lagos – the school of first choice and the nation’s pride, I stumbled on the autobiography of Sir Chris Efobi, a renowned Pharmacist in Nigeria. The oeuvre was titled ‘Sorrows and Glories of Ezenwa.’ The autobiographer vividly recalled how after listening to a rabble rousing speech by Dr. Kingsley Ozumba Mbadiwe of the ‘Greater Tomorrow’ Movement, he resigned from the Nigerian Customs Service in protest as he was tired of working for the white man. His dad aghast at his sudden and rash decision borne out of useful exuberance made a prophecy that ‘Nigerians and Africans will one day regret why they chased out the white men from the continent. They will one day go cap in hand begging for him to return as we will be incapable of governing ourselves.’

It is tragic that the old man’s prophecy is true when you consider the sad fact that Africa is the poorest continent on earth and has failed to live up to its potential despite its vast human and natural resources at its disposal.

A sad reality is that the nationalists failed to transmit into capable leaders no thanks to their love for the strong man who can do no wrong syndrome rather than building sturdy institutions that can be so systematized that it wouldn’t matter if a dummy was at the helm of affairs of the state.

From Osayegfo Kwame Nkrumah to Sekou Toure, Leopold Sedar Senghor, Kenneth Kaunda etc, there was a tragic flaw in allowing the sweet lure of power to absolutely corrupt them.

One great leadership failure in the continent was that of Robert Mugabe who was seen as a global hero in the pre-independence Rhodesia but was vilified even by his loved ones when he was ousted in a military coup in 2017.

He initially trained as a teacher in both the then Rhodesia and Ghana. Disillusioned with colonial rule, he joined other likeminded nationalists and called for an immediate end to colonial rule. He made fiery speeches, organized demonstrations and boycotts which made him the reincarnation of the Biblical Moses who will make the then Rhodesia sail to Byzantium.

Between 1964 and 1974, he was incarcerated on the charges of sedition and he used the decade behind bars wisely to further educationally develop himself. He acquired a string of degrees in various disciplines and his popularity rating soared to the high Heavens second only to Madiba Nelson Mandela.

Upon his release he fled to Mozambique and led guerilla warfare against the then government of Ian Smith popularly known as the Rhodesian Bush War. He asserted his authority as the leader of the Zimbabwean National Union-Peoples Front (ZANU-PF) and led them to their first electoral victory in 1980 shortly after which the United Kingdom granted them their political independence.

Then came the perks of office which made the erstwhile Marxist freedom fighter forget his earlier travails in the hands of the ex Caucasian overlords.

His first act upon his swearing in as Prime Minister was to whittle down the effect of his arch rival, Joshua Nkomo of the Zimbabwean African Peoples Union (ZAPU). The latter was hoping to be appointed as the Defence Minister but was shocked when he was made a Minister without a portfolio. Nkomo was forced to flee the country into exile in London fearing for his life. Some accounts say he disguised as a woman to achieve the alleged close shave with death. Then came the massacre of the Ndebele tribe which Nkomo belonged to. It was after this he came back home and allowed the ZAPU to be absorbed by ZANU-PF making the country a one party state under Mugabe’s control. He made Nkomo a lame duck Vice-President when the country transited to a republic in 1987 with no known constitutional powers.

He took advantage of the failing health of his first wife, Sally Hayfron to start an affair with his married secretary Grace Marufu. After Sally’s demise he then proceeded to marry her in a lavish ceremony that the hapless and overburdened taxpayers paid for. Widely known as Gucci Grace due to her ostentatious lifestyle, she was the evil genius behind the throne with Mugabe almost succeeding in imposing her on the party as his successor before the deux machina in the form of the coup in 2017.

Zimbabwe once known as the food basket of the continent descended downhill into a land of intense hunger and acute malnutrition no thanks to his ill-conceived policy of seizing the farmlands from the white farmers and handing them over to loyal party men who lacked the expertise to profitably run them. Their local currency became so worthless that a joke was cracked that a starving Zimbabwean will steal a small loaf of bread at the expense of millions of the Zimbabwe dollar. His so called Marxist leanings didn’t stop him from crudely acquiring wealth by dipping his hands into the cookie jar. He was bent on dying in office as he never had any plans to hand over power. He was toppled at the age of 93 and may have died in office if not for the timely military intervention. His wife, Grace whom he loved so much abandoned him when he battled for his life in a Singaporean hospital and was so heartless as to institute divorce proceedings against him while he vegetated in the Asian Tiger. At the end of the day, his now ex wife prevented him from getting a state burial as he was hurriedly interned in his birthplace without any ceremony. What a tragic way to end up!

History repeats itself because man learns the stories but never the lessons. The sit tight syndrome of most African leaders needs to change if this continent is to make any meaningful progress in this jet age and fast paced century. We recall the alleged bid of former President Olusegun Obasanjo to have a third term in office which was botched by the Senate under the leadership of Ken Nnamani. Baba Iyabo as he was fondly called forgot his younger days as the Military Head of State when he voluntarily handed over power to Shehu Shagari in 1979 if indeed it was true that he nursed the sinister ambition. Jerry John Rawlings who had the sobriquet ‘Junior Jesus’ left the Ghanaian economy in ruins after he took the advice of the International Monetary Fund to devalue the Cedis which brought untold hardship to his countrymen and in one fell swoop annihilated the middle class. His attempt to foist his wife as his successor and later as the successor to his former Vice-President, John Evans Atta-Mills was roundly rejected by the majority of Ghanaians.

Paul Biya of Cameroon, Faure Eyadema and some sit-tight dictators still don’t want to learn from Mugabe’s fall from grace to grass. They don’t want to hearken to the voice of wisdom and the reality of the power of the people to make them kiss the dust in nano seconds.

A word is enough for the wise!
Tony Ademiluyi writes from Lagos and edits www.africanbard.com