Jumia Exit: Is Nigeria next? 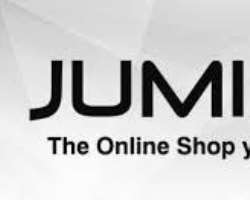 In 2012, the online e-commerce space in Nigeria saw the introduction of Jumia as a major player in that sector. It was founded by the quartet of Jeremy Hodara who serves as the global CEO, Sacha Poignonnec, Tunde Kehinde and Raphael Afaedor.

It went on to expand into thirteen more African countries and in 2015, it declared revenues of $234 million from its continent wide operations. It was able to attract numerous investors which included Rocket Internet SE, French insurer, Axa AXA hy, Telecoms Giant Orange etc. They have expanded into the food delivery, travel agency, payment solutions and lending sectors.

It got listed in the New York Stock Exchange which saw its share price rise astronomically. Shortly afterwards Andrew Left of Citreon Research made a discovery of the shares fraud which badly dented the image of the company as its shares fell by over fifty percent after the report was made public.

On November 18 this month, it suddenly pulled out of Cameroon without any form of warning leaving about two hundred employees stranded without any form of a buffer. Rebecca Enonchong, a Cameroonian-based tech entrepreneur, disclosed that the development is emblematic of Jumia; which she described as a badly-run business which is only in Africa to rip off Africans.

‘Beyond #JumiaIsNotAfrican, Jumia is simply a badly run business that is incapable of understanding its market, refuses to act as a good corporate citizen and thinks Africans are simply a commodity, a means to an end. No business with that attitude can succeed in the long term,’ Enonchong disclosed.

Another former employee who pleaded for anonymity likened the operations of the e-commerce giant to that of a ponzi scheme in the sense that they poach talents from their competitors, offer them mouth watering packages and then throw them out into the cold labour market after a period of six months.

Jumia’s communication office went on to say that the Cameroonian environment wasn’t suitable for their operations where it recorded huge losses which necessitated its recent decision to exit the bilingual country. Two other countries – Gabon and Congo Republic were also badly affected by the decision of Jumia to exit them.

A business analyst who chose to be anonymous said that Nigeria may be the next to be affected as its operations were loss making in the country that prides herself as the ‘Giant of Africa.’

It is true that Nigeria has a large market of two hundred million people based on the last census count. However the crude fact remains that only a miniscule number in this population constitutes their target market.

Majority of Nigerians live in poverty. Many states cannot even pay the paltry minimum wage of thirty thousand naira a month. Some couldn’t even pay the previous eighteen thousand naira monthly. Many civil servants are owed their salaries for months. States like Osun, Kogi, Benue and many others have the civil servants weeping and gnashing their teeth as they cannot meet their financial obligations to their families no matter how dedicated they are to their jobs. The purchasing power is very low amongst most Nigerians. Jumia is invariably viewed as an elitist company which they don’t sufficient disposal income to patronize their services.

There is also the issue of trust as many Nigerians prefer buying what they see and touch. They also love to haggle as they believe that they get better bargains through that means. There have been many cases of the goods being returned back to the company because it wasn’t what the customers thought it was.

There is also the issue of infrastructure deficit – the roads are extremely bad and they cause serious wear and tear to their vehicles. The major cities have had their original master plan distorted which makes locating houses in many instances a huge hassle.

The operations of Jumia is only limited to Lagos, Abuja, Port Harcourt, Benin,Warri,Kaduna, Abeokuta, Aba and Calabar. They don’t cover the entire spectrum of the nation due to the aforementioned infrastructural challenges.

There is also the reality of the high cost of internet access in Nigeria. It is still one of the highest in the entire world and using data to shop is seen as a luxury by the fast disappearing middle class whose income continues to shrink with every successive government that comes to power.

A former colleague of mine who is now with the Global Consulting Giant, Mckinsey used to say that Jumia will deliberately run at a loss and continue to attract more investor funding because they want to be attractive for an acquisition by Amazon.

Whether that assertion is true or not lies with the decision makers in the e-commerce company but for now they have to develop crack strategies to become profitable if they are still to remain in business in this extremely tough business climate. Times are really hard and they aren’t immune from the shocks. Their major rival – Konga was sold to Zinox despite the initial promise that the latter e-commerce giant once showed.

The Nigerian government should swiftly do the needful by creating a conducive environment for foreign investors to troop in. It is a waste of tax payers’ funds in making endless trips to the west in search of elusive investors when the climate back home asphyxiates even the most daring and street lore savvy.

Jumia may just wake up, pack their bags and go and they won’t be the losers as their relationship with Nigeria is strictly a mercantile one. The ultimate losers will be the Nigerian people as they and their dependants will be further pushed into the already saturated labour market.