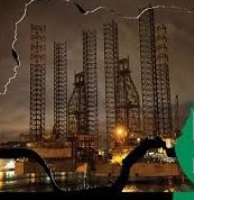 In less than a week Nigeria faces a deadline to pay $200 million into the Court in England, as ordered by Justice Christopher Butcher on 26th September. In a dramatic step, Nigeria dismissed its English legal team last Friday. This is now the third legal team to have represented Nigeria on the P&ID case. In August the Nigerian Government had claimed to the Nigerian people that it had “ engaged the renowned US Law Firm of Curtis Mallet-Prevost, Colt & Mosle LLP to defend the interest ” of Nigeria. Nigeria’s new lawyers did not explain why they have replaced their predecessors; however, P&ID considers it would not be unreasonable to assume that Curtis Mallet did not think too highly of what P&ID has consistently stated are the sham investigations, arbitrary detentions and show trials taking place in Abuja.

Following the August decision by Justice Butcher – which confirmed P&ID’s right to proceed with enforcement of the arbitration judgment – the Nigerian Government launched what P&ID maintains has been a sham investigation by the Economic & Financial Crimes Commission (EFCC) in a desperate attempt to manufacture evidence in order to evade its international legal responsibilities. Their systematic campaign of harassment, intimidation and illegal detention of a number of individuals associated with P&ID or the GSPA contract has been considered by P&ID to be a blatant attempt to produce false evidence to advance new legal proceedings against P&ID. The Nigerian Government’s campaign has included:

· Illegally interrogating Justice Alfa Belgore, a retired Justice of the Supreme Court of Nigeria, who provided expert evidence to the arbitral tribunal on issues of Nigerian law in the original P&ID-Nigeria arbitration, and also detaining his assistant for six nights.

· Illegally interrogating and detaining several Nigerian lawyers for P&ID, including the illegal seizure of P&ID attorney-client files related to the arbitration case.

· Illegally detaining Mohammad Kuchazi and Adamu Usman, who many years ago did some low-level work for P&ID, to coerce them into cooperating with the EFCC’s sham investigation and enter guilty pleas on behalf of P&ID. Notably, neither of them was ever a representative of P&ID (BVI) despite claims by the Nigerian Government.

· Illegally detaining an Irish citizen, Jim Nolan, and threatening him with charges of industrial espionage, only offering to release him upon signing a false confession implicating P&ID (which he has refused to do), and denying him access to legal counsel. Mr Nolan’s only link to the case is his long-time association with Mick Quinn (P&ID’s late co-founder).

· In the past few weeks, a Nigerian court convicted P&ID in absentia and purported to forfeit all of its assets, based on the forced confessions and pleas of two individuals who have no authority to enter a plea on P&ID’s behalf. P&ID received no notification or communication from the Court or the Government, was presented with no charges and no evidence, and was given no right of response or defence. Nigeria claims it also made a request to INTERPOL to have Brendan Cahill (co-founder of P&ID) and Adam Quinn (son of Mick Quinn) arrested and deported to Nigeria.

· Equally shocking has been the government’s treatment of Grace Taiga, a 70-year old retired Nigerian civil servant who served in the Nigerian Ministry of Petroleum Resources at the time the GSPA contract was signed. In late September, and as part of the EFCC investigation, the Nigerian Government charged her with receiving bribes, which she denies. Grace was illegally detained for 2 weeks, in violation of Nigeria’s constitution, before these charges were laid. During this time, the EFCC denied her access to essential medical care, withheld her access to legal representation and bullied and threatened her, and members of her family. Grace has been subjected to telephone calls, unannounced visits and direct appeals by Bala Sanga, the lead investigator at the EFCC, and Ibrahim Magu, the acting Chairman of the EFCC, to plead guilty in exchange for her being allowed to seek medical treatment in Europe. Despite mistreatment by her own government, Grace continues to deny the charges against her.

Why does a conviction of Grace Tiaga matter so much to the Nigerian Government?

Nigeria’s Attorney General Abubakar Malami has publicly acknowledged that his aim is to provoke global opposition against P&ID and was recently quoted as saying the “ tribunal was misled into making an award because of the inherent falsehood in the witness deposition .” A guilty plea and/or a conviction of individuals such as Grace is at the heart of the Nigerian Government’s new legal strategy to have the arbitration award overturned because of the ‘fraud’ that has been invented by the EFCC.

P&ID insists the strategy is doomed to fail, because the EFCC’s concocted evidence and forced confessions will never pass muster before the English Court. England is the seat of the arbitration, and therefore the “Supervisory Court”, as determined by the arbitral panel chaired by Lord Leonard Hoffmann, and by Mr Justice Butcher of the English Commercial Court – so in order to succeed, Nigeria must somehow convince the English judge. Although Nigeria has repeatedly and publicly threatened to bring its “evidence of fraud” before the English Commercial Court, it has never actually done so. It did not raise any such matter before the English Commercial Court in December 2015, when appealing the Arbitral Tribunal’s finding in favour of P&ID on the question of liability. Instead various technical points were raised by way of appeal, all of which were summarily rejected by the English Court in a February 2016 ruling. Similarly, at the Hearing in September 2019, Nigeria’s legal team stated that “The court is not asked to act on these [EFCC] investigations” and Justice Christopher Butcher’s Judgment explicitly noted that “those allegations have played no part in my decision”

Arguably, the timing of Nigeria’s drastic step to remove its UK legal team could not be more precarious with the November 25th $200 million deadline days away.