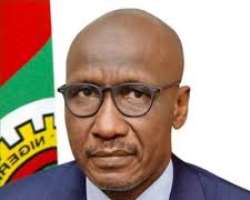 Data obtained from the Petroleum Products Pricing Regulatory Agency on Tuesday showed that the Nigerian National Petroleum Corporation (NNPC) was subsidising the cost of Premium Motor Spirit consumed across the country by N19.37 per litre.

NNPC, on several occasions, had stated that Nigeria consumes between 55 million to 60 million litres of PMS, popularly known as petrol, daily.

In its July 2019 financial and operations report, for instance, the corporation said a total of 55.74 million litres of petrol was consumed across the country on a daily basis.

Going by a daily consumption of 55 million litres and the N19.37 subsidy which the corporation currently incurs on every litre of PMS consumed in Nigeria, the national oil firm is spending about N1.1bn daily on subsidy.

Further findings from the PPPRA on Tuesday showed that the landing cost of petrol as of November 18, 2019 was N144.7/litre, while the distribution margin was put at N19.37/litre.

A summation of the landing cost and the distribution margin gives the total and actual cost of the commodity, which was put at N164.07/litre.

The commodity is, however, sold at a regulated price of N145/litres at filling stations across the country.

In another development, the Minister of State for Petroleum Resources, Timipre Sylva, and the Managing Director, ExxonMobil Nigeria, Paul McGrath, met in Abuja on Tuesday to discuss the activities of ExxonMobil in Nigeria.

At the meeting, Sylva told the ExxonMobil team that attracting more investors into the oil sector would not be done at the expense of the long-term relationship with existing investors. Punch