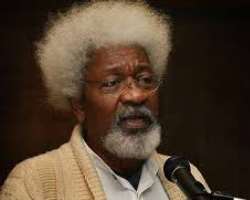 From time immemorial, the cause of wars and other forms of conflicts have been caused by hate speech. An innocuous statement targeted against a person or a group of persons can ignite the flames and spark a gargantuan conflagration which may be impossible to diffuse. The various wars in history: The three Punic wars where the Roman Empire eventually defeated Carthage, The various wars fought by the Empires of Athens, Sparta, Persia, The war of the Roses which was fought between the house of York and Lancaster that brought the first Tudor King of England, Henry VII to power in 1485, the first and second world wars all happened because of the gory incidents of hate speech. Coming down home to Africa – the various wars in the continent from the wars fought by the Oyo Empire to those fought by the Ghanaian, Malian, Songhai, Egyptian, Zulu, Kanem-Borno, Ethiopian Empires etc all had hate speech as the basis for the strife. Even the relatively recent Rwandan genocide which occurred in 1994 that saw the asphyxiation of millions of Tutsis and Hutus were all fought because some sinister politicians who had unfettered access to the media called the other tribe cockroaches.

Senator Sabi Abdullahi, the Deputy Chief Whip of the Senate sponsored a bill seeking to inflict the death penalty on anyone found guilty of hate speech. The death clause has attracted condemnation from many civil society organizations and individuals prominent among whom is Nobel Laureate Professor Wole Soyinka.

In his words, he condemned the bill by saying: “Is it now cool to kill? – An anguished letter to Nigerian lawmakers.’

He said, “Remember that example, especially by leadership, is a hundred times more explicit and enduring than the mere propagation of any counter-doctrine. Do not embrace the awful responsibility of impressing homicide as a way of life on the ethical template of coming generations. The chickens have a way of coming home to roost. I may be wrong of course, but their droppings already foul the common air we all breathe. Just take a deep breath, look around you, and re-consider.’’

It is instructive to note that the world famous dramatist never condemned the bill in its entirety as he said he was also a victim of many social media accounts being opened in his name without his authorization but the penalty of death by hanging is taking it too far.

I totally agree with the eighty-five year old poet because there is the need for the National Assembly to make laws that criminalize hate speech for the good of all knowing the havoc it can cause if allowed to get out of hand. However, the murder clause makes it a bad law as it is repugnant to justice, equity and good conscience. Life will return to Thomas Hobbse’s state of nature if the bill is allowed to be passed. How many people will survive the pogrom? A police state will be surreptitiously built and life will be chaotic. It may even end up boomeranging on the sponsors like the Sword of Damocles.

The Freedom of Speech is guaranteed in nearly all constitutions of the world – written and unwritten but that doesn’t give anyone the license to peddle hate speech as it will be invariably be the infringement on the fundamental human rights of the next person or persons as the case may be. The same way that paedophiles and rapists are sent behind bars even though the constitution guarantees the freedom of association. There must be a balance by our lawmakers in the apex chamber as to what should constitute the appropriate sanction for those guilty of disseminating hate speech.

The advent of the internet has made this incidence of hate speech a source of growing concern. A bigot with a few megabytes of a data and a decrepit internet enabled phone can make a statement that can go viral in a matter of seconds and can cause incalculable damage in the process. When you consider the fact that a sizeable number of the population is either illiterate or ‘literate’ but without the mental competence to sift the wheat from the chaff in doing a proper fact check, then there is a huge crisis on our hands.

There is no country in the world where freedom of speech is absolute; not even the United States which prides herself as the hub of free speech and democracy. Therefore, it is in order if punishment is meted out to those found guilty of hate speech in order to stem its rising tide.

However, the death penalty clause should be completely expunged as it is retroactive and will create a Big Brother State where everyone watches his or her back constantly and is an anathema of peaceful coexistence.

Civil Society Groups and Public Spirited Individuals should sturdily rise up to the occasion and condemn the death penalty clause in this bill through peaceful protests and demonstrations until our ‘elected’ lawmakers cave into the pressure.

The good men this time around must shun any form of complacency and shouldn’t back down until our demand of not creating a bloodletting society is met.