Christians must live a life of sacrifice 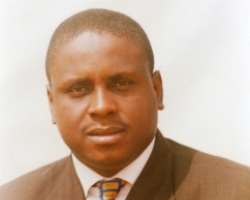 Christians must begin to live a life of sacrifice and selflessness if they really want to see the full manifestation of the glory of God in this generation. This assertion was made by the Rev Gabriel Agbo in Enugu at a pre-event press briefing in preparation for the presentation of his latest books- UncommonSuccess and Power of sacrifice. He said that today’s Christians are too self-centred, materialistic that God cannot use them to do what he did with the apostles and prophets of the bible. He accused today’s Christians and leaders of being shallow and rebellious. He explained that that is why we are not seeing much of the manifestation of God’s miracles, grace and glory.

“In pursuit of material things and positions, the present church and her leaders have wandered away from the truth and the original plan of God, and unfortunately appeared to be permanently, totally lost and incapacitated.” said the clergy. He advised Christians to emulate people like Jesus, David, Solomon, Elijah who reached the peak of their calling because they sacrificed all to God and his people. He said that the richest man ever lived, the greatest king, the most powerful man, the most favoured women, etc, were all men and women of sacrifice. On the book presentation, he said that the event will be held at Top Rank hotel, ESBS, Enugu on the 7thDecember, 2019 by 10:am. The book reviewers will be Lt. Col SAB Abalaka and Rev Vincent Alaje. Many religious, political, traditional and business leaders, who will also share their experiences, are expected at the event. The TPC choir, the AG Amechi Choir, AG Asata musical group, Purity and Power Choir, etc, will be there to thrill the guests and set them in the mood for the season.

The author, who is also wrote the bestselling book Power of midnight Prayer was the Public Relations Officer of Assemblies of God Nigeria and has worked with the Satellite Newspapers, Fylann Ltd and Banex Group, Lagos before going into the ministry. He is an alumnus of Nigeria Institute of Journalism, Lagos and Rivers Bible College, PortHarcort. He also authored the books and audiobooks: Breaking Generational Curses: Claiming Your Freedom, Homosexuality: The Occult, Health and Psychological Dimensions, Sex Toy: Good or Evil? God of Abraham, Isaac and Jacob, Fear Not!, Prayer of Jehoshaphat and many others. His books which are translated in major languages of the world are found on amazon.com, Apple.com, Walmart.com and all major book sites.