CAC and Kazaure: House of Reps must not promote illegality, reward corruption 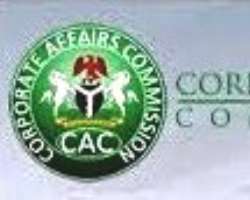 As a keen Constitutional Lawyer, my curiosity was piqued and I had many questions: The motion called for an “investigation and sanction” of the acting RG of CAC, but under the rules of natural justice, investigation precedes sanction. Was the acting RG given a fair hearing before the motion for suspension was moved? How far does the constitutional oversight power of the House of Representatives extend to labor issues between the Commission and its Staff? Does the acting RG have the power to give effect to the Resolution seeing that the issue involves staff discipline?

With these issues agitating my mind, I decided to examine the matter further. Please note that I don’t hold brief for either the House of Representatives or the Corporate Affairs Commission. This incident throws up some interesting legal puzzles that I will attempt to solve herein.

The Facts
Sometime in 2009, Mr. Sule Sale Ibrahim Kazaure (Sule Kazaure) was alleged to have forged purchase receipts used to advance money to him by the Commission. He was thereafter issued with a query by the CAC Central Disciplinary Committee and in his response to the query admitted in writing that he indeed forged the receipts.

Forgery, under Clause 4.07 of the Commission’s Conditions of Service is categorized as gross misconduct punishable with dismissal. The CDC recommended his dismissal which was approved by the Management Committee. He was accordingly dismissed on 1st July, 2009.

Ostensibly, Mr. Sule Kazaure elected not to proceed to the National Industrial Court but to petition the House of Representatives Committee on Public Petitions. On Thursday, 25th of April, 2019 the House in the 8th Assembly considered the report of the Public Petitions Committee and resolved to urge the Corporate Affairs Commission to reinstate Mr. Sule Kazaure, pay all his salaries and entitlements from 1st July, 2009 till date. This appeal was communicated to CAC through the Clerk of the National Assembly by a letter received on the 20th May, 2019.

Although the 8th Assembly became functus officio on the 29th May, 2019. CAC by a letter to the Clerk of the National Assembly dated 3rd July, 2019, with reference number: CAC/RG/SEN/126/VOL.IV notified the House of Representatives of its inability to reinstate Mr. Sule Kazaure as same would obviously negate the anti-corruption stance of the Federal Government.

According to the Commission, a political reinstatement would open floodgates for similar demands by former members of staff who had been terminated or dismissed since 2009 to date. On Thursday, 14th November, 2019, Hon. Gudaji Kazaure (same surname- it gets more interesting) presented a motion for the suspension of the acting RG for refusing to obey a resolution emanating from the House of Representatives.

According to Hon. Kazaure, “constitutionally, the report of the House Committee on Public Petitions considered by the House and passed as a resolution must be conveyed to any agency and parastatal as the binding parliamentary decision. The CAC acting Registrar underrated [sic] the power of the legislature given by the constitution of the Federal Republic of Nigeria”

The Law
This singular incident throws up major and minor issues which should both trouble and tickle the mind of any Constitutionalist. As a preliminary issue, it is trite that Nigeria operates a constitutional democracy that is founded on the doctrine of separation of powers.

Section 6 of the Constitution vests the powers of dispute resolution in the Judiciary. More specifically, the combined effects of section 7 of the National Industrial Court Act, 2006 and section 254C (1) of the Constitution (Third Alteration) Amendment Act, 2010 vest the National Industrial Court with the exclusive original jurisdiction to intervene in disputes between employer and employee.

The real question that this saga turns on is whether the acting RG or indeed the Commission can disobey a House Resolution that demands the doing of the impossible? One must at this point bear in mind the latin injunction Lex Non Cogit Ad Impossibilia; the Law does not compel the doing of impossibilities. Let’s examine the law.

Under our law, an employer has the right to terminate an employee’s employment for good reason, bad reason or no reason at all. This is because the Court will not force a willing employee on an unwilling employer. In cases where gross misconduct that borders on criminality is alleged however, the employer is required to take certain steps that avail the employee to be heard fairly to justify the dismissal in law.

The courts have also held that the dictates of fair hearing will be met if the dismissed employee is given the opportunity to provide a written response to the allegations. This was conclusively determined by the Supreme Court in the case of Imonikhe v Unity Bank Plc (2011) 12 NWLR Part 1262 pg 624.

In this case, there was an incident, a query was issued to Mr. Sule Kazaure requesting his written response. Mr. Kazaure responded and confessed to the allegation. If you do the crime, you must do the time. The Disciplinary Committee recommended his dismissal on the basis of the Employee Code. Honestly, if Mr. Sule Kazaure has issues with the decision of the CDC, it would be appropriate for such issues to be ventilated at the National Industrial Court where the fairness or otherwise of the disciplinary proceedings can be x-rayed.

From all accounts, this incident occurred years before the tenure of the current acting RG, and Mr. Sule Kazaure was given ample opportunity to defend himself. Why then should the current administration be forced to tie this Gordian Knot?

Talking about impossibilities, the appropriate agent vested with the vires to accede to the urging of the House would be the Board of the Commission, and not the acting RG, going by virtue of Sections 2 and 7 of the Companies and Allied Matters Allied Act, Cap C20, LFN 2004. Why then the rush to persecute or victimize the acting RG?

It is quite encouraging that the House of Representatives has a forum for mediating between Employers and Employees but the House should not try to take over the function of the Judiciary.

There are many questions that are still unanswered such as the appearance of bias and conflict of interest in the event of a consanguineous relationship between the subject, Mr. Sule Kazaure and Hon Gudaji Kazaure. I am sure Nigerians are interested to know why Mr. Sule Kazaure did not proceed to Court to ventilate his grievances, but that is beside the point.

In its investigation, did the House Committee take the fact that the reason for dismissal involved a written confession by Mr. Sule Kazaure? Was CAC given the benefit of a fair hearing? What are the implications of a hearing that took place in a committee of a House that has become functus officio?

In conclusion, both the Executive and the Legislature are partners in progress. I personally do not see anything that amounts to a deliberate refusal by the acting RG to undermine the House. The House of Representatives should be wary of passing resolutions that would seem to celebrate or reward corruption or illegality. Moreover, the CAC has become the poster child for performance under this administration. The Legislature should protect the goose that lays the golden eggs. There is a need to build the necessary synergy that will make Nigeria the destination for international business in Africa. We need the Legislature to make calls for the urgent passage of the amended Companies and Allied Matters Act, and also build on the gains made through the ease of doing business initiative.