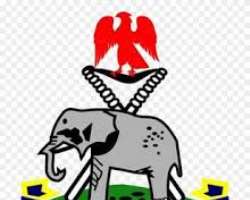 The Commissioner of Police in Osun State, Mrs Abiodun Ige today detailed detectives to unravel the circumstances surrounding the killing of 84-year-old woman, Mrs Janet Alatede of Ebo Afunsho compound in Iree, Boripe Local Government Area of the state and arrest the culprit.

The CP visited the scene where the aged woman was murdered and assured that the perpetrators would be apprehended and brought to book.

The woman was said to have been killed by unknown persons. Some residents of the area said she was hacked to death on Sunday evening.

Confirming the incident on Monday evening after the CP's visit to the scene, the Police Public Relations Officer for Osun State Police Command, Folasade Odoro told The Nigerian Voice that investigation has commenced on the matter.

"We have commenced investigation into the killing of the old woman. The CP has detailed police detective to unravel the circumstances surrounding the killing. The culprit will not go unpunished", Odoro said.

The residents of the town described the action of the perpetrators as barbaric and charged security agencies to do thorough job on the case.