Yes Prof Protus Is Right on His Position On Imo Govt: A Challenge To Jane Nwachukwu 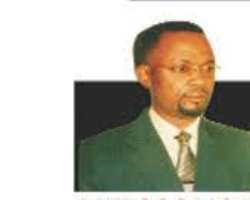 The state of Imo is very lucky and fortunate to have great critical thinkers and wise men like Prof Protus Nathan Uzoma, who aside all odds has used his writing prowess to educate and correct myriads of political recklessness and ineptitude in the state.

Looking at the position of one Jane Nwachukwu, in her article titled, "Is Prof Protus Right on His Position on Imo Govt.?", one wonders what the writer really wants the erudite scholar to do again.

To be candid, I commend the writer, Jane Nwachukwu, though a pseudo name, for reminding the public the struggles Prof battled previously which no doubt gave rise to what Imo people are enjoying today.

But one thing she forgot is that a lion does not strike first when plans are still ongoing, and the gentle behaviour of a cat is never a sign of cowardice, but a preplanned tactics for an assumed war.

So anyone concluding that Prof has "stepped in" into his cocoons as a member of the ruling Peoples Democratic Party (PDP) is wrong, because it is difficult to preempt a writer, philosopher who combines the job with activism.

May I inform the writer, Jane Nwachukwu and the public that at the right time, Prof will be let loose if what he sees in the PDP government of the state is aimed at taking the state backwards.

As a realist, i am sure that by now, Prof is busy analysing issues, equipping himself with facts and figures he would present to the public to nail the rebuild administration should Governor Emeka Ihedioha derails from his promises to the people some day.

Just like the writer tried to incite the public, pressmen and social analyst to accost Prof in a public function or anywhere he is sighted for his views on the government of the day, it is a bad precedence for anyone to suggest such.

Airing one's view is not by force, rather, it is a self service which no one has the monopoly to forcefully demand for it. To me, we should leave Prof alone, he has fought a battle which almost consumed him and family if not by God's grace.

He has played his part before, during, after and presently, and anyone inciting the public to "arrest" him anywhere he is sighted for his views on the present administration in the state is an ingrate who is not appreciative of his sacrifices in the past.

Despite the fact that Prof is not tired of criticizing bad and demonic government, I am aware that he has produced great thinkers, writers, social and public affairs analysts in us to continue to tour the line he has established.

...............
Ikenna ONUOHA is a Media and Public Relations Consultant. He is the State Publicity Secretary, Imo Concerned Citizens (ICC).