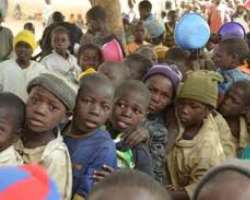 The former Governor of the Central Bank of Nigeria and current Emir of Kano, Sanusi Lamido Sanusi has made a name for himself as being a purveyor of controversy. We recall when as the CBN Boss, he revealed that the nation was being greatly short changed to the tune of billions of dollars as the NNPC wasn’t remitting the funds to the federation account. All hell was let loose by the then Goodluck Ebele Jonathan led administration with his critics screaming blue murder. He was placed on an indefinite suspension and when his tenure elapsed, he wasn’t nominated for a second term in office.

His acerbic tongue got him into trouble again when he increasingly lampooned the Governor Abdullahi Ganduje led government which led to his kingdom – an ancient one for that matter to be balkanized into four – a huge slap on his face.

He was in the news recently when he called for most of the ubiquitous mosques that dot the landscape of Northern Nigeria to be scrapped and converted into schools.

This call attracted a lot of backlash from the religious hardliners in the state – some of whom went as far as calling for his head.

The government seems to be paying attention to the progressive Emir as it announced some steps to be taken to abolish the almajiri practice. However, it wants to make it follow due process through a wide consultation with the stakeholders.

This is the step in the right direction if the Buhari led government can be sincere with this current anti-almajiri stance of theirs. The syndrome is a menace as it exposes underaged boys who should be in schools to begging not only for themselves but for their teachers (mallams) on the streets under the sun and rain. The minors are exposed to crime as many take to it in order to make ends meet as they are fending for more than one stomach. Some fall under the influence of radical fundamentalist preachers who promise them a better life in some elusive paradise. They appeal to their base emotions to get them to become suicide bombers and terrorists. The rest who are not so strong to withstand the streets pressures succumb to various health challenges which snuffs life out of them before they reach the age of maturity.

The existence of the almajiri schools has no compatibility with the 21st century modern day work place. The products of these schools won’t be able to fit into the current labour market as they lack the skills necessary to make them even stand a chance in getting their foot in the door let alone thrive.

The study of the Quran and Arabic can still be done side by side with the western education. Even the Saudi Arabians are getting more cosmopolitan in their outlook – the world rejoiced when women were allowed to drive cars for the first time this year with more progress for women’s rights still in the pipeline. Why then are the northerners trying to be more Catholic than the Pope? It is fool hardy to spite ones nose to spoil ones face.

Former President Jonathan was visionary enough to foresee the crisis that the nation would be plunged into if these northern kids were allowed to grow up without an education which made him establish over 200 almajiri schools. For the purpose of building strong institutions rather than strong men, it is necessary for the Buhari led government to continue this laudable policy left behind by his predecessor.

The government should also be very careful when it comes to the handling of this rather sensitive issue of abrogating these schools. There are vested interest groups profiting from the ignorance of these boys and they will naturally fight back any attempt to remove the food they have been eating for decades from their mouths.

There is dignity in labour and the practice of street begging by kids who should be learning life’s survival skills should be greatly discouraged not only by the government but by well meaning and public spirited individuals.

The best counter terrorism method should be the prevention of the boys from joining these insurgent groups because of idleness which makes them an easy target for indoctrination and radicalization. We must make concerted efforts to prevent the next generation especially from the north from getting lost for good.

We commend Emir Sanusi for speaking the truth to power even at the risk of personal discomfort. He shouldn’t relent as his interventions have come in timely to save the nation from further doom and peril.

We hope that Buhari has the courage to scrap this needless educational system that has brought nothing but pain and undue hardship to under aged northern boys. He should resist all pressures to cave in to allow the status quo remain. At well over seventy, Sai Baba as Buhari is fondly called by his supporters should be more concerned about leaving lasting legacies that would transcend centuries rather than playing mere politics with this sensitive developmental issue.