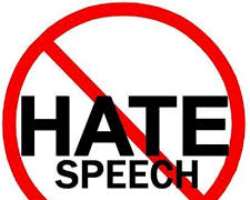 A coup is a curious thing. Those who make the coup never admit that they have made the coup. They claim that they are restoring democracy or that they are taking extraordinary means to establish the conditions – eventually – for democracy. This is precisely why the definition of the events around coups are so fraught. But all coups are not the same. There are at least two types of military coups – the General’s Coup and the Colonel’s Coup.

It has been a long time since we have seen a classic Colonel’s Coup, perhaps the last major successful one being in Upper Volta (later Burkina Faso) in 1983 when Captain Thomas Sankara took office. These coups, from that of Egypt in 1952 onwards, are driven by non-commissioned officers who have a close fealty to the working-class, the peasantry, and the urban poor; their coup is often against the oligarchy and in favour of some variety of socialism (the Bolivian National Revolution of 1952 falls into this category).

The General’s Coup, on the other hand, is conducted by commissioned officers who come from the oligarchy or whose interests are closely associated with the oligarchy. These counter-revolutionary coups are the most commonplace (and have been very common in Bolivia – 1964, 1970, 1980, and 2019)..

Before I am accused of instigating Nigerians, or some treasonable felony, or even Hate Speech against the Federal Republic, let me issue a caveat, anyone that translates this as a call does so at his/her risk. Also characters in this essay are fictitious

So sometime last week it was the 12th item on the Order Paper and was granted automatic first reading on the floor of the Senate.

The death penalty is the most severe punishment provided by the bill, which defines, hate speech as a comment that insults people for their religion, ethnic and linguistic affiliation, among others.

It stipulates: “Any person who commits an offence under this section shall be liable to life imprisonment and where the act causes any loss of life, the person shall be punished with death by hanging.”

On offences like harassment on the basis of ethnicity, racial contempt, the bill proposes not less than five-year jail term or a fine of not less than N10 million or both.

“A person who uses, publishes, presents, produces, plays, provides, distributes and /or directs the performance of, any material, written and/or visual which is threatening, abusive or insulting or involves the use of threatening, abusive or insulting words or behaviour commits an offence if such a person intends thereby to stir up ethnic hatred, or having regard to all the circumstances, ethnic hatred is likely to be stirred up against any person or person from such an ethnic group in Nigeria.

There will also be an establishment of 'one-kind' commission on Hate Speech, which will be headed by an executive chairperson to be appointed by the President on the recommendation of the National Council of State, subject to the confirmation of at least two-thirds majority of the National Assembly.

Other functions of the commission include discouraging persons, institutions, political parties and associations from advocating or promoting discrimination or discriminatory practices through the use of hate speeches; promoting tolerance, understanding and acceptance of diversity in all aspects of national life and encouraging full participation by all ethnic communities in social, economic, cultural and political life of other communities.

It is also to plan, supervise, coordinate and promote educational and training programmes to create public awareness, support, and advancement of peace and harmony among ethnic communities and racial groups..

So a few persons, or as plenty as they are, sat in the beer parlor and decided to plan a coup against the Nigerian population, in the name of fighting hate speech, when amongst them reside enormous amount of hate, when amongst the palm wine drunkards, many are seated on chairs facilitated by hate politics played in their various languages, in their various ethnic studios, broadcast in cases in their religious waves.

It is funny how we are as hypocritical as you can note, how do we really distinguish hate speech from free speech without planning a coup, ask the Igalas and Ebira about hate speech, or the Tivs and Idomas, or the Egbas and Ijebus. There is no love lost between the Ogbomoshos and the rest, the Ijaw and Itsekiri have not seized fighting their turf war, and how about the hatred in Kaduna, the dichotomy fueled by all sorts of conversation and narratives. How many we go kill, when we look at the disdain the Igbos have for the man from Pita Kwa (Port Harcourt, or the conversation soaked in hate about the real Igbos and the half-castes and outcasts.

Sit in the beer parlor with me let me tell you about the multi-ethnic, multi-language and dialectical and denominationally different Plateau. Can we really even separate hate speech from stereotypical speech. At what point does Hate Speech become Dangerous Speech or Inflammatory Speech.

Did you see the kind of hate speech that flew everywhere during the last general elections, and some coup plotters think that just by the fiat of some bill, we would change the fact that Nigerians do not just hate themselves but really love Nigeria; and that the problem is not exactly hate, but the fact that very little exists for them to love.

Did the coup plotters see that a lot needs to be done about our ideologies and perception to elections, are they seeing the drama that has unfolded in Bayelsa, and Kogi states, a pointer to what will happen in Edo and Ondo states, the amount of hate generated in the beer parlors of those places.

I am not one of those that debate on the desirability of a law or otherwise, but I am concerned about the level of intellectualism, laced with common sense that precedes a bill, in such a manner that the every day citizen understands the implication and believes that the bill is well thought and considerations are taken into account about where we are coming from and where we want to be.

The emphasis on tribal and ethnic dialectics in the bill show that the crafters are lost on the real issues besetting the nation, a country where everything is shared on ethnic basis, catchment area, federal character, less advantaged and such terminology is a fertile ground for hate, a nation of WAZOBIA that neglects countless scores of minorities, a nation where majority fear minority, and competition is based on faith cannot handle the sword of Damocles that the bill brings.

Let me end in this manner, have you ever sat in a beer parlor, or a newspaper vendor parliament, do that on a weekly round, and you will hang communities of people, have you listened to our opposition talk, then there will be no opposition, have you heard the ruling party, the fact that they are ruling rather than govern speaks volume; they should all hang. Have you seen parents gloat over ethnic groups they would never allow their kids marry then you know that this coup called Hate Speech Bill is not in any way well thought out, lacks focus, and as such energies by the coup plotters should be channeled at poverty, unemployment, poor medicare, transportation wahala, infact they should do a good roads bill that sought to hang ministers, commissioners and contractors that fail to deliver on such vital human necessities, we should have a corruption hanging bill, or else we would continue beer parlor gist on serious issues, till when—Only time will tell