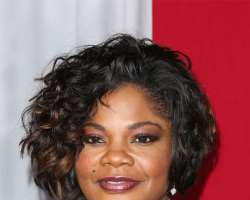 Blacks were treated less than sub humans during the gory days of the Trans-Atlantic slave trade when slaves were bought from Africa, hurled into ships and transported to the United States to work in plantations most especially that of tobacco and sugarcane. The slaves weren’t allowed to read and write and were regarded as less than one human being in a census organized during the then colonial America.

The War of Independence was fought largely with the assistance of slaves who thought that the same freedom their Caucasian overlords were fighting for would be extended to them. How wrong they were as when the war ended with the American victory, their lot didn’t improve one bit. In other words they were mercilessly used and dumped. It was rather ironical that the intellectual backbone of the war, Thomas Jefferson whose ‘Declaration of Independence’ where he wrote that all men were equal did not extend the same equality of the races to the hapless blacks or Negroes.

The likes of Harriet Tubman who helped many slaves escape into liberty, George Washington Booker who had the rare privilege of a western education and spoke up greatly for the freedom of slaves, Marcus Garvey who dreamt of an Africa where all slaves would return to – the battle for freedom was stoked during this period and spread like wildfire all across the country. After the Civil War which ended in 1864 where the southern confederates who attempted to secede because they wanted to keep their slaves, Abraham Lincoln facilitated greatly the end of slavery.

The end of slavery didn’t change much the fate of the blacks as they were ushered into the era of segregation. The likes of Rev Martin Luther King Jr, Malcolm X, Louis Farrakhan, Rev Jesse Jackson etc spoke up against the evil even at the risk of their personal liberties. Some of them like King and Malcolm X paid the supreme price but that didn’t deter the activists from agitating.

An area where blacks gained prominence was in sports and entertainment. In fact these twin walks of life present the fastest route for social upward mobility for the blacks till this day.

It was with sorrow when popular actress and Oscar awards winner, Monique Hicks popularly known as Mo’nique cried out in a recent instagram post of the alleged discrimination she suffered as a black woman when world’s largest streaming giant, Netflix offered her $500,000 to make a stand-up comedy special in 2018 was way below what the giant would have paid her if she were white. Her words were captured thus: “I had a choice to make: I could accept what I felt was pay discrimination or I could stand up for those who came before me and those who will come after me,” she said in an Instagram post.

“I chose to stand up.”
Mo’Nique, 51, whose real name is Monique Hicks, won the best-supporting actress Academy Award for her portrayal of an abusive mother in 2009’s “Precious.”

That same year she began hosting her own talk show. It was cancelled in 2011.

Her last film was 2016’s “Almost Christmas,” according to IMDB.

The lawsuit, filed at a Los Angeles court Thursday, said the offer “perpetuated the pay gap suffered by black women.”

“There apparently is a ceiling when it comes to Netflix’s willingness to pay a talent of certain demographics, namely, black women,” it said.

Netflix responded by saying: “We care deeply about inclusion, equity, and diversity and take any accusations of discrimination very seriously,” a spokesperson told AFP.

“We believe our opening offer to Mo’Nique was fair — which is why we will be fighting this lawsuit.”

Mo’nique apparently an A-list actress by virtue of her Oscar awards is charting a new albeit unpopular cause by speaking up against the alleged discrimination. Some art critics have opined that the lawsuit may spell dooms day for her career but someone must make the sacrifice even though it could cause some discomfort for the good of others.

I make no pretence to being a Hollywood insider but she may have a point in wanting a better deal for her services. Who knows the Pandora’s Box this lawsuit may open.

We wait with bated breath for the decision of the courts to prove Netflix guilty or not. We hope this would be a huge victory for the black race as we are united both at home in the Diaspora for the black race to thrive anywhere in the world without inhibitions.