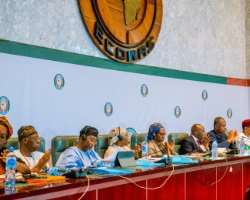 Nigeria and neighbouring countries Benin and Niger have agreed to set up a joint border patrol force to tackle smuggling between the West African countries, they said in a communique on Thursday.

Foreign ministers from the three countries met to discuss smuggling following a decision by regional giant Nigeria, which has Africa’s largest economy and biggest population, to close its land borders to trade until at least Jan. 31, 2020.

Nigeria launched a partial border closure in August to tackle smuggling of petroleum products, rice and other goods; and last month, the Comptroller General of Customs confirmed that all trade via land borders had been halted indefinitely.

The joint communique from the meeting in Nigeria’s capital, Abuja, said the Benin and Niger delegations had appealed for the immediate re-opening of Nigeria’s borders.

The concerns were noted and the delegates agreed on the “establishment of a joint border patrol team comprising the police, customs, immigration, navy and state security services of the three countries”, the communique said.

The force will hold its first meeting in Abuja on Nov. 25 and 26 and will later advise on the re-opening of the borders.

The delegates also agreed that the ministers of finance and trade from the countries would set up a committee to promote intra-regional trade, and said they would ensure people crossing their borders would display travel documents recognised by the Economic Community of West African States regional bloc.

Despite being Africa’s top crude oil producer, Nigeria imports most of its refined fuel due to the moribund state of its refineries.

In July, Nigeria signed up to the African Continental Free Trade Area, a project to create a $3.4 trillion economic bloc, despite its fears that it could be flooded with cheap goods from competitive neighbours.