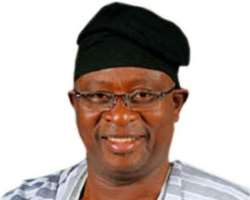 As Deltans especially the camps of the ruling Peoples' Democratic Party (PDP) and the major opposition, the All Progressives Congress (APC), eagerly awaits the outcome of the Court of Appeal in Abuja, over the governorship election that produced Dr. Ifeanyi Okowa, an early entrant Into the 2023 governorship race, Olorogun Kenneth Gbagi, has allayed fears of defeat.

The Court of Appeal, Abuja has reserved judgment for Friday 15th November 2019 in the appeal filed by All Progressives Congress, APC, candidate, Chief Great Ogboru, against the March 9 governorship race.

Gbagi, who spoke to newsmen at Asaba, said: “I want to allay the fears of Deltans and let them know that tomorrow's verdict will be resounding because the people in all the nooks and crannies of the state came out and voted for Governor Okowa to do a second term because they believe in him and want him to finish stronger.”

“As a lawyer and criminologist following the matter and who participated in the election that led to his victory, I want to say that he convincingly won and congratulate Deltans for his anticipated victory because the facts of the case are clear. He won.

“Not surprising to many of us, Senator Okowa has turned out to be the best governor of the state since the democratic experimentation started in 1999 until date,” he said.

The PDP leader, who fought for Okowa’s re-election asserted, “The entire world knows that Okowa won the last governorship election, Deltans gave him their support and mandate, and therefore, there is nothing from what is contained in the judgment of the tribunal that anybody is going to use to upturn his victory in the Appeal Court.”

“The APC and its candidate did not even campaign for votes in the last governorship elections; they were busy quarreling among themselves, even a week to the election.

“They had thought that they would rely on hooligans and military, which rejected them, to cow the people on Election Day and and finally run to the court to get what do not exist.

“We should not listen to and indulge those that usually come to the state few months to election to disturb our peace, and file action in the court after serial defeats to waste our time and distract governance.

“The governor is a gentleman that has conducted himself in the best tradition and with administrative sagacity and selflessness; he has also dispelled all fears of agitation and bickering in the state. Let us all support him to finish stronger and better,” he added.

A five-member panel of the appellate court led by Justice Uzo Ndukwe-Anyanwu, reserved judgment today on the appeal filed by Chief Ogboru and APC against verdict of the Delta State Governorship Election Tribunal, which upheld Okowa for a second term.

The appellants in a 37- ground of appeal filed by their counsel, Nicholson Ichekor, asked the Court of Appeal to set aside the entire judgment of the tribunal on the grounds that the tribunal erred in law when it dismissed their appeal for lacking in merit.

The three- man panel of the governorship election panel led by Justice Suleiman Belgore, had in September dismissed Ogboru and APC’s petition against the return of Governor Okowa on grounds that the petitioners failed to prove the cases of irregularities and malpractices claimed in their petition.

However, in the appeal against the decision of the tribunal, Ogboru and APC argued that the lower court , among other things, erred in law when it relied on the issue of over voting instead of allocation of votes as canvassed in their petition to dismiss their petition.