Adelabu v. Seyi Makinde: Me Lords at the Court of Appeal could have done more 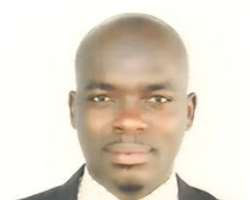 It is exactly two days the constituted Election Petition Panel of the Court of Appeal, Abuja, sitting within the Ibadan judicial division delivered Judgement which many believe is quite uncommon and/or strange in the political history of Nigeria.

For the first time, all parties in an appeal appear joyous and each side (with genuine and/or mischief intents) commending the court for the job well done. Both parties on the major divide seem to have a momentary and/or spontaneous satisfaction of court pronouncements; when in actual fact no actual verdict for and/or against parties was made. Bespeak, the judgement was in favour of all and in favour of none; hence no winner, no vanquish. The Honourable court only made order as to statusquo as it were upon declaration of winner by Independent National Electoral Commission.

By the Judgement, the appellate court noted with deep concerns, which I hereby paraphrase; ‘we would have ordered a retrial of the suit at the lower tribunal if not for the fact that the 180 days timeline fixed by the enabling law for the petition to be heard had been efflux’

I have not studied the judgement, having not been published as the time of writing this piece, I shall rely mainly on the eye-witness who listened to the judgement and the tallying media reports as publish on several dailies and/or national newspapers.

By my understanding of the judgement as reported, the no-actual verdict majority decisions leading to the statusquo order are summarized below:

The above stand of the appellate court, though solid, reasonable and basic, forms the position of law from time immemorial. And same remains the position of law at all time; but with due respect to the noble appellate Lords, they could have done more. They could have done more because the law allows and has gifted them more than enough powers to be able to do much more.

The law is trite that the essence of appeal is for the appellate Court to address and/or right the wrong occasioned by the proceedings and pronouncements of the lower court and give justice in deserving situation. In the case of GAJI & ORS V. PAYE (2003) LPELR-1300(SC), the apex court held on the functions of appellate court as follows:

"In Samuel Agbonifo v. Madam Irobere Aiwereoba & Anor (1988) 1 NWLR (Pt.70) 325; (1988) 2 SC (Pt. 11) 64 at p.80, the Supreme Court observed thus:- "In my judgment, the function of an appellate court on a question of facts is mainly limited to seeking whether or not there was evidence before the trial court upon which its decision on facts was based; whether it wrongly accepted or rejected any evidence tendered at the trial; whether evidence called by either party to the conflict was put on either side of an imaginary balance and weighed one against the other, in other words whether the trial court properly evaluated the evidence; whether the trial court correctly approached the assessment of the evidence before it; whether the evidence properly admitted was sufficient to support the decision upon the inference drawn therefrom. These are the results of all the decided cases on the point. See for example, Anachuna Anyaoke & Ors v. Dr. Felix Adi & Ors (1986) 3 NWLR (Pt. 31) 731 at p. 742; Ogboda v. Adelugba (1971) 1 All NLR 68, p.71; Mba Nta & Ors v. Ede Nwede Anigbo & Ors (1972) All NLR (Pt. 2) 74, 80; Mogaji & Ors v. Odofin & Ors (1978) 4 SC 91 and a host of other cases ....." Per EDOZIE ,J.S.C ( Pp. 15-16, paras. C-B )

The question is, if the law has given these quantum and/or magnitude of powers to the Appellate court, the said powers which are enormous enough to bring mountain on the sea, why would same refuse to adequately perform its functions under the law by addressing and/or concisely determining all issues as brought by parties?

The world is watching, and everything done is expected to give final settlement of issues to the extent that any appeal therefrom to Supreme Court would be adorned with great reluctance and almost impossibility by the losing party.

In line with the positions of Me Lords at the Appeal Court, the 180 days period for the lower court to hear the matter had been spent and exhausted, therefore the lower tribunal has no power or jurisdiction whatsoever to have same remitted back to them. Their Lordships are right and the position is firm and true upon consideration of the provisions of section 285(6) of the Constitution of the Federal Republic of Nigeria (1999) as amended.

The lower court’s perversity in relation to adduced evidence is good ground of appeal, but in the situation that one of the party’s evidence was not properly evaluated by the lower court, could it give automatic victory to the Appellant and all his prayers granted because he wasn’t well listened to at the court of first instance notwithstanding the substance of the case? I do not think so. Judgement should be balanced; cases on each side must have its footage on facts well evaluated with clear and concise inferential capability. It was utterly wrong for the lower tribunal not to have evaluated the evidence of Adebayo Adelabu, but failure to evaluate same without giving recourse to the substance of the petition and balancing same with the interest of Seyi Makinde would not give an automatic victory to the appellant, as all evidences from all sides must be evaluated before decision is reached.

If Adebayo Adelabu had won on bases that his evidence was not evaluated at the tribunal, what happens to the evaluated evidence of Seyi Makinde, PDP and INEC that were deemed as well evaluated? Does it fall like a pack of cards and become useless, I strongly believe the answer to this is in the negative, as interest of all parties must be well balanced in the interest of justice.

On what the appellate court judges ought to have done when they found the lower court judgement to be perverse;

In the case of DORKUBO & ORS V. UDOH & ANOR, (2016) LPELR-41167(CA), The Court of Appeal in re-affirming the decisions of their Lordships at the Supreme Court in plethora of cases has the following to say on the essence of appeal;

"An appeal is a complaint against the valid decision of the trial Court and therefore a continuation of the original suit by way of a re-hearing. A complaint about an issue or matter which was not decided upon by the trial Court cannot be entertained on appeal by the appellate Court. The purpose of an appeal is to find out whether or not, on the evidence adduced and on the applicable law the trial Court came to the right decision. The appellate Court must therefore commence the re-hearing of an issue or a matter with the benefit of the decision of the trial Court on the particular issue or matter; Osuji v. Ekeocha (2009) LPELR-2816(SC), (2009) 16 NWLR (Pt. 1166) 87 S.C.; Abubakar v. Nasamu (2012) LPELR-7826 (SC); Eyisebe v. Iyaji (2013) LPELR-20522(SC)." Per OTISI ,J.C.A ( Pp. 4-5, paras. F-D )

By provisions of section 16 of the Court of Appeal Act, the Appellate court has almost all powers, including the power to consider appellate cases as if such cases came to the court as it would have come to the first instance in deserving situation and; the Appellate court also has power to make any order or judgement as regarding any matter before them. Therefore, ordering a retrial at the lower court is just one of the powers the court has of the numerous powers given to it by law. This position had been given judicial imprimatur in plethora of cases; at this juncture I commend the case of A.G KWARA STATE & ANOR V. LAWAL & ORS (2017) LPELR-42347(SC) at ( Pp. 25-27, paras. C-B ) the apex court coram, Per EJEMBI EKO ,J.S.C held as follows:

"Section 15 of the Court of Appeal Act, 2004 provides - "The Court of Appeal may, from time to time, make any order necessary for determining the real question in controversy in the appeal and may amend any defect or error in the record of appeal, and may direct the Court below to inquire into and certify its findings on any question which the Court of Appeal thinks fit to determine before final judgment in the appeal, and may make an interim order or grant any injunction which the Court below is authorised to make or grant and may direct any necessary inquires or accounts to be made or taken, and, generally shall have full jurisdiction over the whole proceedings as if the proceedings had been instituted in the Court of Appeal as a Court of first instance and may re-hear the case in whole or in part or may remit it to the Court below for the purposes such re-hearing or may give such other directions as to the manner in which the Court below shall deal with the case in accordance with the powers of that Court, or, in the case of an appeal from the Court below, in that Court's appellate jurisdiction, order the case to be re-heard by the Court of competent jurisdiction." These provisions of Section 15 of the Court of Appeal Act have been interpreted by this Court in a number of cases, including OBl v lNEC (2007)1 NWLR (pt.1046) 465; AMAECHI v INEC (2008) 5 NWLR (pt.1080) 227; INAKOJU v. ADELEKE (2007) 7 NWLR [pt.1025) 423; AGBAKOBA v. INEC (2008) 18 NWLR (pt.1119) 489; EZEIGWE v. EZEIGWE (2010) 4 NWLR (pt.1183) 159. In all these cases, this Court consistently stated that for the provisions to apply the following conditions must exist, to wit: (a) that the lower Court or the trial Court must have legal power to adjudicate in the matter before the appellate Court can entertain it; (b) that the real issue raised by the claim of the appellant at the lower Court or trial Court must be seen to be capable of being distilled from the grounds of appeal; [c) that all necessary materials must be available to the Court for consideration; (d) that the need for expeditious disposal of the case or suit to meet the ends of justice must be apparent on the face of the materials presented; and, (e) that the injustice or hardship will follow if the case is remitted to the Court below must be clearly manifest." Per EJEMBI EKO ,J.S.C ( Pp. 25-27, paras. C-B )

In view of the above, could the 180 days reason adduced by the appellate court prevail and/or justify the judgement as delivered? Would it not have been appropriate for the Appellate court to do what the lower Tribunal had failed to do, considering its enormous power under the law? Would same not have been proper that the Coram of the Panel evaluate and/or re-evaluate all the adduced evidences by looking into the substance of same and balance the interest of all parties once and for all?

It is my opinion, that Me Lords failure to look and determine the appeal decisively leaves everyone confused. Their Lordships action and position in the matter seems to be that they left their duties for the Supreme Court to work on. I strongly believe that the judgement as delivered is not firm and decisive. It never settled the real controversies and issues in dispute and/or appeal between parties. I strongly believe that the appellate Court could have done more.