Tanzania and the abolition of underage marriage 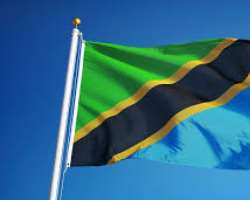 The mention of Tanzania brings to mind the name of one of its great leaders and one of the greatest in the African continent – Mwalimu Julius Nyerere. He was nearly akin to a Nelson Mandela as he was totally detached from the trappings and evil lure of power which was the cause of the downfall of most of the leaders in the continent. He was humility exemplified as he sought the attention of all and sundry to take the backward country out of the economic and political doldrums. He also passionately hated oppression and bad governance and was partly responsible for the exit from power of one of the continent’s worst dictators, Idi Amin of Uganda in 1979.

The East African country was however in the news for the right reasons. Its apex or Supreme Court just banned child marriages which is a great victory for the rights of the girl child. The age of marital consent was raised from fourteen to eighteen. According to United Nations estimate, two out of five girls are married off before they turn eighteen making the country to possess one of the highest rates of girl child marriage in the globe.

It is disheartening to note that the Attorney-General of the country launched an appeal against raising the age to 18 before it was roundly dismissed by the Supreme Court. It was altruistic child rights activists who took the case to the apex court on behalf of the voiceless girls. How can the chief law officer be advocating a law that is clearly against the rights of the girl child? Isn’t this public officer meant to be an advocate for the well being of the defenceless girls that are at the mercy of heartless men? What about the terrible diseases like vesico vagina fistula which affects girls of this age when they are tenderly married off as their bodies aren’t yet mature for the rigours of child bearing? The excuse that the law protected unmarried girls who got pregnant out of wedlock is extremely ridiculous.

This landmark judgement was mainly made possible with the noble efforts of leading girls’ rights campaigner and lawyer, Rebecca Gyumi. She saw firsthand how the dream of a friend of hers was truncated when she was married off at the age of thirteen which made her drop out of school. Armed with a law degree, she launched the legal battle at the courts and preserved up to the Supreme Court when the landmark judgement was delivered.


Her achievements at just thirty-one are legion as she is a recipient of the UNICEF Global Goal Award and was named the 2016 Woman of the Year Award by the London based New Africa Magazine and in December 2018 won the United Nations Human Rights Prize which puts her on the same pedestal as the world’s youngest Nobel Laureate and foremost girl’s rights campaigner, Malala Yousafzai and one of the world’s greatest Statesman, Madiba Nelson Mandela. She has this to say of the prestigious awards "It's not just a personal honor but my country's honor, putting our country on the map. It's a proud moment for me and for the girls I stood up for and for the ongoing global progress that is happening around girls' and women's rights."

Through her foundation, Msichana, she advocates for the rights to the education of the girl child and has helped many financially disadvantaged girls get an educational head start.

Her noble work is highly commendable and it is hoped more public spirited female activists emerge to sturdily support her selfless service to the cause of the downtrodden.

It is hoped that girl’s rights activists do something for our suffering sisters in the Northern part of Nigeria where child marriages largely prevail. We recall with disgust when the former Governor of Zamfara State and Senator, Ahmed Sani Yerima married a thirteen year old Egyptian girl in a widely publicized ceremony. He didn’t lose his highly exalted senatorial seat and got defensive opining that his religion didn’t forbid him from doing so.

Northern Nigeria is enmeshed in cultural and religious chains that have held the region backwards and the vicious cycle of oppression has been institutionally entrenched by the sinister forces of patriarchy. This needs to stop.

The battle for the emancipation of the African girl child will be a long drawn one as even the women themselves are their own worst enemies. Some hardliners and traditionalists went as far as criticizing and lampooning Gyumi for being a western apologist. How ironic! The battle can still be won with determination and consistency which will include the strategic partnership of sympathetic male folk to the worthy cause.

Africa will hopefully be a better place for the girl child to reside in where their potentials can be optimally achieved.