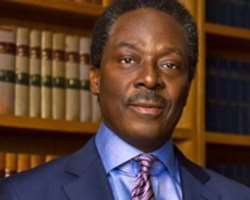 The Personal aide to the former governor of Ebonyi state, Dr. Peter Okorie narrowly escaped being lynched by stroke of luck, as he was attacked by suspected assassins who also kidnapped his two brothers and looted his properties worth millions of naira.

Okorie who was also the former Enugu Arch diocesan Lay President of Methodist Church Nigeria, said the assassins numbering over twenty blocked his way while returning from his village, Ukwagba Ngbo community in Ohaukwu local government area of Ebonyi state.

He further narrated that the gunmen attempted to drag him out of his Jeep first, before they would likely shoot but failed, as his driver miraculously jumped their barricade.

According to him, "I went to my house in the village, to pick my generator for repair. we were trying to pull out the generator and a man came to my house crying.

" Some boys have planned to assassinate me, their plans was to put a barricade on the road so that I will be compelled to stop for them. And so, we moved and I locked up my jeep doors from the inside. We got there, just 2 poles from my house, We saw the barricade and we stopped.

"They rushed to my car, trying to open the doors, but my doors was closed from the inside. When I saw that they are going to bring their guns to scatter the glass of the car. I told my driver to put the jeep in auxiliary gear and he jumped the barricade and we moved.

" As we moved, they jumped into their motorcycle and pursued me and just about two poles away from the scene, the motorcycle that they are coming with crashed. And so, we moved on and I was able to come out at the main road.

"They later went back to my house, as they failed to get me. They only succeeded in kidnapping the mechanic that came to lose the generator and that of the driver of the bus that came to carry the generator" he said.

He lamented that the assassins equally burnt down his house and looted his properties worth millions of naria.

He continued "Not that they attempted to burn down my house, they have burnt it. They looted my properties. The one they didn't burn, they break through my boys quarters. They break through my four bed room bungalows and my duplex in the village. I'm giving thanks to God for saving my life. I know that if God wants to replenish the lost in three months, He will do it.

Okorie further petitioned the inspector general of police and the governor of Ebonyi state, Chief David Umahi for quick intervention and possibly stop further attacks on his family.

Although, he said that some arrest have been made as a way to bring the suspected assassins to book.

"Yes, some arrest have been made and arrest will continue to go on. Some people have been arrested and detained in prisons" he stated.