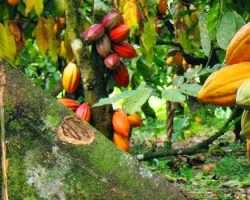 There is this stereotypical noise about blacks’ inability to rule any city, state or country so efficiently that it could be showcased as the management skill and acuity of Africans. Those old enough with knowledge of world events as recently as the 60s and 70s cannot feign ignorance of places where every creed were welcomed, lived and got along with one another in Africa. Even after Africans have been mistreated and forced into labor to develop other continents.

Ironically, people who lynch humans and whose Police kill humans in the broad daylight with acquittal in their court of law in the 20th Century call others uncivilized, primitive and tribes! Sango have mercy! Since when has the ability to destroy the world three or more times over used to bully other countries (but fear small new nuclear powers) becomes sign of civilization when in fact it is an evidence of self-destruct and annihilation of the only planet we all live in?

Anyone that visited or read about Ghana and Western Nigeria could have told them it was beautifully and skillfully managed by highly civilized people, as one of the best regions in the world for human race. African poverty is a recent phenomenon as the face of abject poverty shift and move on world map from Asia in the 1960s gradually to Africa See at 11.51. We lost competent and dedicated leaders whose goal was to uplift humanity, not only Africans in Africa.

While Kwame Nkrumah was respected internationally as the foremost and awesome African and a freedom fighter, Awolowo was building a first class region internally. The friendship between Nkrumah and Awolowo was based on an egalitarian principle of communities where the poor had opportunity to health care, schools and decent housing. Taxes from Cocoa income, Cooperative farms and Industrial Estates with livable wages paid for these in Western Nigeria.

Though Nkrumah Cocoa Embargo failed, Cocoa cartel was visionary and well before the Arab oil cartel. Nkrumah spent wisely on the Freedom Fighters in East and South Africa. Western Nigeria benefited from Nkrumah's encouragement. Azikiwe, Enahoro, Ikoku and others used Ghana as a place of refuge just as Ghanaians felt welcomed in Nigeria and remain citizens till today. We will always have our differences or rivalry from soccer, music to culture. No hater can stop us.

During the height of pride in the Western Region of Nigeria, Africans in Diaspora longed to come back home to a civilized way of life. Scholars, skillful men and women, children of freed slaves and their friends came home to build and prepare African constitution in preparation for colonial Independence. W. E B Du Bois and others followed Nkrumah to Ghana while Darnley Alexander that later became Chief Justice of Nigeria etc. accepted Awolowo invitation home.

The economy of Western Nigeria was not based on gold, diamonds or oil but mostly on cocoa income boasted by African ingenuity (Native Intelligence!). It was a place where all civilized humans, no matter where they came from were welcomed, respected and accommodated. When world leaders were looking at Nigeria as a regional power that was going to uplift Africa, it was based on the pace of development in the West that was going to propel other Regions.

Unfortunately, Western Nigeria stopped its pace of progress when their leaders decided to do for Nigeria what he and his team had done for the West. The reverse scenario came true when Awo was denied that opportunity and the Western Nigeria joined the rest of the Country in rat racing for oil income loot. Nonetheless, in the Western Nigeria, as recently as the 70s, Africans created a first class economy: industrial estates, schools, hospitals and many “Firsts” in Africa!

At the same time, the world must always be reminded that Western Nigeria is still the best place in today’s turbulent uncivilized world. The only place where religious tolerance is accommodated within the same families, between the Indigenous, Muslims, and Christians or whatever. These are the same Africans members of ancient Sudan, Ghana to Songhai, Zulu, Ashanti, Ife, Benin and Zimbabwe; whose civilization predate those of Northern Europeans.

Even the Greeks learners from Upper Egypt (Sudan) had disdainfully called and predicted these Northern Europeans as Barbarians, well before the slave trade that destroyed bouncing African civilization. It was not until 1600 that human demarcation into white, brown and black to divide and conquer poor whites, brown and black workers was implemented in Virginia. Mainly to cut down and prevent unified revolts of free slaves and workers.

Yet, Africans continue to survive against all odds in the most hostile environment anywhere in the world. Indeed, all the genetic and environmental research of Pseudo-scientists were to back up economic division into white, brown and black that took place after 1600 to justify arbitrary classification into so-called “races”. They know there was no such thing as nobody can identify a skin color as white or red. The fact that it has gained footing does not justify its arbitrariness.

The poverty we see today in Africa was not born in Africa, it was man made calamity. There is enough blame to go around but this is not the time for shaming. It is enough to let those that are ignorant of the accomplishments of black men and women, even in the recent past during their lifetime know that Africans anywhere has what it takes to excel. Cynics are deluding themselves to victimize others and gain a false sense of superiority complex they never had.

However, those who ignore or hardly know their own country with Pirates, Mafia and Gangs, even in the city they live in, basked in terrorism and financial acrobatic manipulations of the developing countries. Those politicizing and packaging areas of poverty into jerrymandering, minority or tribal votes; cannot be expected to blindly define Africans with their lack of world or foreign knowledge. They have never escaped their little enclave within the same environment.

Some think the world starts and ends in their own world or villages. This ignorance of world awareness is not peculiar to Europeans, Americans and Asians only. Even some privileged Africans deny they have ever been poor or live among the poorest people on earth. They may drive over a bridge within the same city without realizing that there are homeless people living under that bridge today. Then again, there is a difference between those that could afford three square meals a day in the villages and starving