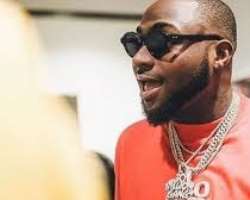 David Adeleke a.k.a Davido took the Nigerian musical scene by storm in 2011 when he launched his first musical album at the age of nineteen. In attendance at the well publicized launch was Africa’s richest man, Alhaji Aliko Dangote who incidentally was present at his birth in 1992 in faraway United States of America. Seven years have quickly gone by and the ‘Omo Baba Olowo’ as he initially called himself has shown no signs of slowing down as he keeps releasing hit songs after hits gathering a large number of fans with each passing day.

His fan base has grown from just Nigeria to the global scene and he has carted away numerous awards and performed in top notch shows across the globe. His awards are a whopping twenty-six with fourty-eight nominations all within this relatively short space of time.

He has also made good use of the social media especially instagram where he has well over one million followers to better project his brand.

Like most artistes he is in love with three ‘vices’ – women, wine and wad. He has two girls from previous lovers popularly called baby mamas in Nigerian parlance and was embroiled in a huge row with his first one, Sophia Momodu some years ago when he wanted to take away the custody of his daughter, Imade from her.

Like most stars, he has his emotional and soft side which he has shown for some time in his love for Chioma his fiancée. So much in love was he with her that he bought her a Porsche worth about 45 million naira and sang a hit song ‘Assurance’ which has amassed over five million views on Youtube. At twenty in 2012, he acquired his first mansion in Lekki Phase one for the princely sum of 140 million naira.

His first hit was ‘Back When’ followed quickly by ‘Aye’, ‘Skelewu’, ‘Gobe’, ‘Overseas’.

He has also had his fair share of controversies typical with many artistes the world over. In 2012 a picture surfaced of him with a hooker which he denied but shortly afterwards another went viral. He has had brawls in clubs involving his body guards.

Despite his youthful exuberance brands in the country have found him useful as an ambassador. He has been brand ambassador for telecommunications giants, MTN where he signed a thirty million naira deal with them and also for drinks giants, Guinness.

He lives luxuriously as he frequently displays his wealth via instagram – houses both at home and abroad, fast and expensive automobiles and even posted one time that he was planning to purchase a private jet which never materialized though.

Despite being born with a silver spoon, he didn’t allow that deter him from charting his own independence course far away from the comforts of his father’s sprawling business empire spread across the African continent. He chose to break his eggs and make his omelet by looking inwards, discovering his talents and maximizing it to the apogee. He wasn’t content to live under his affluent father’s shadow in a similar way Charles Chukwuemeka Oputa fought his battles to be independent of his equally famous father. He didn’t indulge in destructive vices like drugs like many privileged kids and chose the rather difficult part of breaking his own bones in an atmosphere surrounded by utmost comfort that could have made him laidback and unmotivated. He created an artificial hunger to achieve his dreams and is even more popular than his wealth father who is only known by a miniscule section of the Nigerian elite. His family transcends three generations as his grandfather was a Senator in the defunct Second Republic while his late uncle, Senator Isiaka Adeleke was the first civilian Governor of his native Osun State and was later elected a Senator and another uncle, Ademola Adeleke popularly called the dancing senator because of his great dancing skills despite his paunch succeeded his elder brother in the Senate after his demise under suspicious circumstances of food poisoning in 2016. He also nearly became the Governor of his home state, Osun losing to the current incumbent under controversial circumstances. Davido famously campaigned for him both on the field and on social media.

We congratulate him for the recent birth of his third child and first son, David Ifeanyi Adedeji Jnr and wish him a Happy 27th birthday in advance – November 21st.