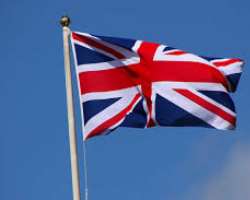 At a time in history the United Kingdom had the largest empire in the world. Their colonies spanned all the continents of the world and great wealth flowed into the empire. The vision for colonization was borne by Queen Elizabeth I popularly called the virgin Queen when she defeated the Spanish Armada in 1588.

Her namesake Queen Elizabeth II granted political independence to the colonies mostly in the 1960’s. The UK was far sighted unlike their Spanish counterparts who lost everything when the ships from their erstwhile colonies stopped coming in.

The Commonwealth was established even though critics opine that the UK doesn’t really care about protecting the interests of her former colonies. In 1984, under the Prime ministerial ship of the Iron Lady, Margaret Thatcher, visas were introduced which greatly restricted the movements of the nationals of her former colonies seeking to enter and live permanently in the former mother country. The UK’s indirect rule was way different from the French policy of assimilation where the latter had a paternalistic relationship with her former colonies. The British were simply after what they could exploit from the colonies and didn’t really care about developing a soft spot for them.

Then came hurricane Brexit in 2016 which consumed both David Cameron who threw the referendum open to the public and his successor Theresa May who pussyfooted on Britain’s exit from the European Union.

Boris Johnson, the current Prime Minister came into office as a virulent proponent of it and pledged that the UK would leave the union by October 31st2019. The date came and nothing happened making it clear that the UK is suffering from buyer’s remorse.

Apparently the policy makers are preparing for a post brexit era and so they smartly returned back the two year post study after a Masters Degree in their universities which Theresa May as Home Secretary under Cameron abolished and then later reduced it to six months.

Given the frightening prospects of losing out educationally to the US, Canada, Australia and Ireland and in the aftermath of a weakened UK after the EU exit, it was a very smart move to return the two year post study policy.

In terms of educational costs, the UK is the cheapest among the aforementioned countries which makes it a Mecca of sorts for education thirsty individuals. Some citizens of even the US flock there for their higher educational needs. An example is Chelsea Clinton, the daughter of former President Bill Clinton who did her masters and doctorate degrees in international relations at the University of Oxford. The policy will ensure that billions of pounds flows into the economy that badly needs cash as new deals are being surreptitiously been drawn up to cushion the effects of brexit.

Many Africans especially the citizens of her former colonies find the UK attractive because of the continent’s ties to the former super naval power. It will now make economic sense to school there as they will be able to recoup their expenses after working for two years. Highly skilled graduates would be able to get an indefinite leave to remain after the two year stay which would make the UK retain its status as a city which reflects diversity and inclusiveness.

Many Africans are making giant strides in the UK and are highly successful professionals in various sectors like medicine, nursing, law, journalism, engineering etc. This policy will attract the brightest and the best to the UK which will make it bounce back from the shock of brexit within the shortest possible time as the greatest form of wealth in this generation is that of human capital which is the secret behind the greatness of the United States and its status as the most powerful nation in the world since World War II ended in 1945.

The world is fiercely polarized between the advocates of immigration control and apologists of the relaxing of the borders. This policy will ensure that the latter carries the day as there is the need for the UK to get talents into the country to contribute their quota towards her growth and development.

Many Africans facing economic repression as a result of corrupt political leadership will now find a safe haven in the UK as a place to discover themselves and achieve their full potential.

In a world now characterized with hate, terrorism and fear, this initiative of the Boris Johnson led administration is highly commendable and worth clinking the glasses for. Africans will finally find a home in the UK which they will now be proud to call their own not with any form of inferior condescension but as members of one big family – the colour of the rainbow comes to mind here.