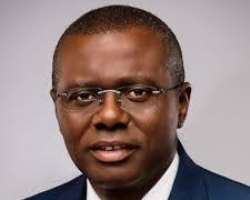 The concept of the strong man is synonymous with African leaders who build up the image of indispensability and infallibility. They shield themselves from the people that they govern and are viewed as demi-gods whose whims and caprices must always be worshipped and attended to in every minute detail. Many names of these blood thirsty dictators come to mind: Idi Amin of Uganda, Mobutu Sese Seko of Congo, Robert Mugabe of Zimbabwe, Sani Abacha of Nigeria, King Mswathi of Swaziland, Paul Biya of Cameroun amongst many others alive or dead who are in the hall of infamy.

Nelson Mandela of South Africa emerged as the exception to the rule. He spent twenty-seven years behind bars in the anti-apartheid struggle and served for only one term opting in his words to become the father of the nation at a time when the country would have been more than eternally grateful to have him as President for life.

The Madiba syndrome as Mandela was fondly called spread to all parts of the continent with democrats falling over themselves to be identified with his noble ideals even though their actions tilted towards autocracy.

The return of democracy to Nigeria, the most populous nation in Africa twenty years ago has the tragedy of the so called leaders not having learnt the lessons of servant leadership that is the anchor of democratic leadership. From the monumental corruption scandals to the ‘Don’t ask, don’t tell’ secrecy policy of the Governor’s security votes to the huge cost of National Assembly governance, the Nigerian political experiment shows a huge disconnect between the rulers and the ruled.

Naturally, it was with skepticism that I greeted the news of the recent desire by the Lagos State Governor, Babajide Sanwo-Olu to drop the age-long title of ‘His Excellency’ for ‘Mr. Governor’. In his words ‘“In the last five months that I have been privileged to exercise the mandate freely given to me by the great and hardworking people of Lagos State, it has come to my consciousness to review certain features of citizen-government relations which impede the genuine expression of the democratic spirit of our society and the meaningful exercise of the sovereignty of our people.

“The office of the Governor has been celebrated as the paragon of excellence, a temple of perfection and a throne of purity.

“This demi-god mystique spreads over the entire machinery of the executive arm of the government, symbolising an authoritarian disposition on the governed.

“It has deformed the orientation of elected and appointed persons who are paid from the taxes of the people to see themselves as oppressors who can do no wrong and must be served, rather than serve the people.

“Whatever might have been the reason for this myth, let us be honest, the office is occupied by a mortal who has been called upon to serve the electorate with humility – and sincerity. The office of Governor is a public trust that calls for sacrifice, modesty and willingness to add value to the lives of the people.

“Fellow Lagosians, I have come to the conclusion that for us to change the narrative of governance, we have to strike down this seeming symbol of executive arrogance that commands popular obeisance and undermines the democratic role of citizens as the masters of those they have elected and appointed to serve.

“It is a conviction that I believe will send the right signals to all politicians and civil servants that service to the people has brought us here. It is the duty we are obliged to do. It is the responsibility that we bear wherever we find ourselves; whenever we are called to serve.

“Only God, the Almighty, the Creator, the Protector is the Most Excellent. No man can share His eternal qualities.

“Thenceforth, I wish to be addressed simply as Mr. Governor, a title that will constantly remind me that I have been chosen out of so many fellow compatriots to lead a collective salvage of our political economy.

“A salutation that sanitizes the paraphernalia of office and reminds us all of our imperfections and mortality. To give official effect to this announcement, I shall issue tomorrow an executive order that will formally ensure full compliance with this new policy.”

I hope he isn’t playing to the gallery as most Nigerian public officers do. We recall the case of the former Governor of Niger State, Dr. Mu’azu Babangida Aliyu who used the title ‘Chief Servant’ but was so unpopular that he lost the 2015 senatorial elections. He is currently facing a graft case with the Economic and Financial Crimes Commission (EFCC).

Sanwo-Olu for starters could do away with the huge perks of office – security votes, unwieldy powers to award contracts with requisite accountability etc. Also, he should immediately get to work. The state is a huge dumpsite – refuse litters everywhere and it stinks to the high heavens. The roads are in extremely bad shape and the presence of the rains make some of them downright impassable.

There should be massive infrastructural development so that the much needed employment can be generated for the good of all the residents. Security should be tackled headlong and something should be done about the menace of the street urchins popularly known as area boys or agberos.

Alhaji Lateef Jakande bore the title ‘His Excellency’ but he lives on in the hearts of Lagosians forever because of his long lasting pro people policies in just four years with far less resources that the current crop of governors have.

The time is ticking away pretty fast; its high time Sanwo-Olu got to work and stopped tickling the minds of Lagosians with his new title adoption.