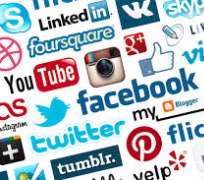 A certain Kenneth Uwadi is such an interesting young man. He describes himself as blogger, human rights activist, social media expert and writer. As a writer, and compared to his philistinic age, I must say he has learned to cobble words together in a pleasant string.

But that is where his art starts and ends. He has also got a bit of chutzpah, which is why he would sign off on every piece of his that he writes from Mmahu-Egbema, Imo State, Nigeria.

And that always sets me thinking each time I read him that this fellow would jolly well have deployed more violent instruments if he didn't use the pen.

Howbeit, Uwadi has been deploying his pen the way a vicious cultist would wield an axe. Imagine those dimwits who would shoot sporadically into an innocent crowd in self-righteous indignation.

Uwadi has actually been shooting heedlessly at the administration of Governor Emeka Ihedioha almost from the beginning. One had watched first with interest and then curiousity at Uwadi's sporadic "shoot outs". To respond to him is clearly to lend him undue credence, one thought.

But not calling him to order only made him headier and more maniacal:

On 18th October he wrote about Imo and five months of cluelessness. Since his infantile fallacies were totally ignored, he returned on November 2nd with a silly adumbration by adding globetrotting to his new catch phrase 'cluelessness'.

What's Uwadi talking about? Hear him: "Chief Emeka Ihedioha is the Governor of Imo, though he won no election."

So who won the election? He didn't say, it doesn't matter. It is enough to pontificate about election as if he’s the chairman of INEC.

On the recent widely acclaimed reform and digitization of the Imo pension system Uwadi ignorantly said: "He even paid 50% of each pensioner's total monthly take home." How could that be? What an ignoramus Uwadi is. He never bothered to find out the facts.

And this: "...the keep Owerri clean project has become a conduit pipe for Ikedi Ohakim to siphon Imo State money with tag of chairman of sanitation." If Uwadi is put on the dock tomorrow, will he be able to give evidence to defend his assertion above?

Reckless libelling of people is not part of activism if activism is what Uwadi thinks he is doing.

But without parsing Uwadi and his 'Konja journalism', it is easy to see through his antics. All he seeks is attention, a job and settlement. He says he is a blogger but I would rather coin a new word for him: 'blogmailer'.

My problem with young people of today is that they do not want to work or exert themselves. Uwadi could have been a fledgling correspondent of features writer in a structured news organisation. And he would have excelled under proper professional guidance.

But people like him cannot hold down a job. They carry this huge sense of entitlement; they would rather blackmail the society for a living in the guise of activism. They sit daily in hotel lobbies and with China handset, blackmail their targets to submission; it’s easy to see through the effusions of a mind high on some illicit stuff.

Yes, there is ample room for social crusading and activism but the fine art of social activism is brewed from the crucible of self-sacrifice, facts, figures and insight. Activisim is a rigorous, painstaking calling. Uwadi deals in neither facts, nor figures nor commonsense. He doesn't know and never seeks to find out; his is the mindset of a terrorist who from his seat of judgement throws granades at the rest of the world.

This is why he doesn't understand the nitty-gritty of the just concluded pension reform. He doesn't know why Dan Anyiam, Grasshoppers stadia or the Nekede Zoo Gardens are currently being furiously revamped. He doesn't see the nexus between an LGA mini stadium and youth development. He actually dosen't know anything in my estimation.

If he cannot see such tangible gains in just a few months, he is either dumb or mischievous or both. He would never be able to see all the little things that make the difference in statecraft which Governor Ihedioha has done. It's okay, massive road reconstruction has started, at least he will see dust being raised around the state soon. Perhaps he would shut up for a while.

But the best answer for people like Uwadi is actually silence. Just allow them to work themselves up to a lather and exhaust themselves in their lazy, inglorious and ill-motivted pursuit. To say Governor Ihedioha, a former Deputy speaker in the national assembly, is clueless is the most stupid thing one ever heard.

Uwadi is almost 50 years old; which job did he ever do all these years to qualify him to criticize another (in the same age bracket) who has achieved so much.

Still, Uwadi has some potential; I advise him to get a proper job... and it shall be well with him.