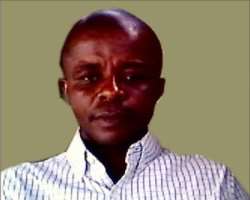 The never-ending manner with which public office holders appoint assistants to handle information/media responsibilities have become canonical proof that proper information management is the life wire of every business.

In concept and reality, the shift has without any shadow of the doubt gained momentum. And it’s obvious that media practice in this democractic era can no longer be seen in such a simple and unitary manner, the way it was before May 1999.

However, in discussing the obligations and usefulness of Media Assistant’s proliferation in our democratic space, two sets of reactions come into view.

To some, the development looks good in words but useless in action. Aside from shooting up the cost of governance, it has in ttheir views, evidently manifested that such appointments were never targeted at improving information flow between the government and the governed, but a ploy to settle political jobbers-as Nigerians have in recent years witnessed appointments into such office people with neither interest in or minimum prerequisite to function in that capacity.

Acting on the basis of the above assumptions, it’s not by any means surprising that the second group-which, of course, constitutes a greater number; argued that Media Assistant in their estimation is but mere robber stamped positions used to falsely launder the image of public officers without recourse to, or adherence with the ethos of the media profession.

In fact, the best-known example and by far the most serious logic, employed by the group to drive their argument home is that; when these so-called media assistants are faced with embarrassing facts about their principals, instead of admitting their boss’s wrong-doing as expected of a well-trained information manager, they fall back on data that is hardly objective, generate inferences that can never be described as explicit. And the conclusion they reach is usually self-serving.

Though I sympathize with the awkward position in which these men and women (media assistants) are placed, I cannot disagree with the position canvassed. Particularly, when one remembers that power, in the consideration of an average public officeholder in Nigeria is nothing but an opportunity to protect personal interest, as against what is obtainable in developed countries where power vehicle for effecting political, social, economic and cultural changes in the country.

Substantially, away from the fact that every society/profession needs some shared values to hold it together, an important distinction to make is that the concerns of this piece in absolute terms are whether and to what extent has the media assistants’ attitude helped the nation; deepen information dissemination, enrich democracy and promotes peace and unity among Nigerians of different culture, ethnicity, culture and religion?; how far such positions have helped inculcate and reinforce positive political, cultural, social attitudes among the citizenries-as well as create a mood in which people become keen to acquire, skills and disciplines of developed nations. And most importantly, how efficiency and effectiveness have the occupiers of these positions been in analyzing trends, predicting their consequences, and counselling political office holders?

Clearly, having seen this controversy from both sides, I truly believe that there are countless numbers of reasons why media assistants position in most public offices appear both unnecessary and unproductive. But, perhaps, understandably, the major one centres on the fact that communication from public officials/offices are ‘self-undermining and often always reputed for encouraging complacency as constituents perceive issues raised by the government as already being handled or the priority often always not in conformity with the will/opinion of the people on the action later taken’.

Also as a sidelight, if an effort is dedicated to understanding the basic reasons why the existing system is currently accepted and its fundamental assumptions not challenged? More critical questions will emerge.

For instance,; are the media Assistants in the first place aware that; every decision they make while discharging their responsibility require value judgement? Are they truly aware that different decisions bring different results; that all decisions have consequences that are direct and indirect, intended and unintended, short term and long term?

Are they conscious that their decisions affect others; that those decisions may influence thousands of people’s opinions on a political issue? Do the Media Assistants have the philosophy to challenge the nation’s political and economic logic, and capacity to pursue the theory of governance in order to effectively inform their principals?

Finding answers to these questions will have far-reaching implications on both the public officials and the entire Nigerians.As it is laced with the capacity to compel public office holders, engineer socioeconomic prosperity that will be people-purposed while propelling the masses to work together for the greater good.

To get started beginning with the last question, it is a pedestrian knowledge that most of these appointees instead of telling their principals what the real issues are or encourage them to keep promises that gave them victory, curtail the challenges confronting the people and promote consensus politics, they (media Assistants) encourage divisiveness, uphold autocratic tendencies, endorse/promote media trial of political opponents. And in most cases become propagandists using radio, television and the internet as outlets to relentlessly false feed Nigerians.

Lamentably, in these failures, there are silent points they failed to remember.

Most profound of those points is the time-honoured saying that the viability of democracy depends upon openness, reliability, appropriateness, responsiveness, and a two-way nature of the communication environment; that democracy depends upon the regular sending and the receiving of objective signals; that the function of the media is very high? It is almost holy. It ought to serve as a forum for the people, for it is through the media that the people may know freely what is going on. And to misstate or suppress the news is a breach of trust.

Finally, one urgent skill government media handlers must internalize is the teachings by Chris Argyris, Professor emeritus, Havard Graduate School of Education, that aides can intelligently criticize their Bosses by stating; their criticism in ways that they believe are valid-but prevents others from deciding for themselves whether their claim to validity is correct; Two, by not including the data that others could use to decide for themselves whether the illustration was valid; and, by placing their conclusion in such that disguises their logical implications.