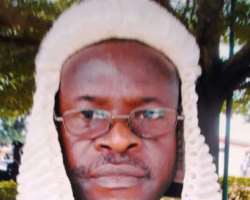 No fewer than 10 inmates were granted bail, while 13 were remanded and one discharged by the Chief Judge of Ebonyi state Judiciary, Justice Ansalem Nwigwe from the Correctional Service, Abakiliki.

The exercise took place at the premises of the Correctional Service, formally known as Abakiliki Prisons.

Two females, Miss Victoria Joseph and Amarachi Ofoba were among those that were granted bail while Kosisochukwu Nwozor a minor was discharged by the court.

The duo (Miss Victoria Joseph and Amarachi Ofoba) who were 20 and 22 years respectively, had spent 11 months in Correctional Service

They were accused of haven broken into a house where they stole bra and female underwear.

But, luck was against a 53 years old woman Mrs. Paulina Nwanga who was remanded and had her case transfered to Afikpo Prisons.

Mrs. Nwanga was accused of murder and attempted murder.

Mrs. Nwanga is a native of Amufia Ukawu in Onicha local government area of the state and had spent one year and five months in the Correctional Service.

Speaking to Journalists at the end of the jail delivery exercise, Justice Nwaigwe explained that the motive was empowered by the Constitution so as to decongest the correctional service.

He noted that the court tried those that have over stayed and were awaiting trail at the Correctional Service.

The Chief Judge added that the court will visit the service again before the end of the year.