15 NDDC board nominees Confirmed By Senate 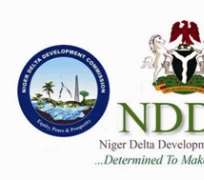 Nigeria Senate on Tuesday confirmed fifteen nominees to serve on the governing board of the Niger Delta Development Commission (NDDC.

Chairman of the Committee, Senator Peter Nwaoboshi in his report submitted to the Senate for purposes of confirmation expressed satisfaction that the nominees were screened and found capable to serve on the board.

The Chairman said that the committee requested for credentials and security report of each nominee for purposes of screening which they did openly.

He said fifteen of the nominees were qualified to serve on the governing board of the Niger Delta Development Commission (NDDC).

In his contribution, Senate Minority leader, Senator Enyinnaya Abaribe said the nominee representing Delta State seems to be the person who was sworn in as the chairman of Steering Committee.

He urged the Senate to avoid being dragged into illegality.

Senator Ike Ekweremadu observed that the interim management committee of NDDC was a sabotage, saying that the National Assembly only approves board membership for few agencies.

He said timely confirmation would make the executive to do the needful, cautioning that “interim Committee should not be set up in future again where the law stipulated Senate’s confirmation of board members.”

Committee Chairman, Senator Peter Nwaoboshi told the Chambers that the nominee did not reveal reasons for her inability to offer herself for screening, advising that her confirmation should be declined.

Lawan added that the Senate would do a thorough oversight of NDDC henceforth.