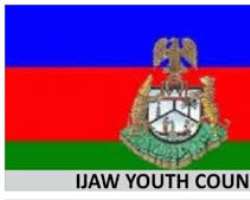 The Ijaw Youth Council (IYC) worldwide, has called for calm in the Niger Delta region, saying the commission should not trouble itself over the purported threat to shutdown the Niger Delta Development Commission (NDDC), office.

In a press statement Tuesday by the president, IYC, Pereotubo Oweilaemi, Esq., reaffirmed that IYC is not factionalized, describing those masquerading themselves as factional IYC as Imposters.

He challenged anyone against the directives of the president to direct their grievances through the right channels instead of making unnecessary statements.

"There is no cause for alarm over the threats to close down NDDC Office. FG should not listen to the ranting of those noise makers masquerading as a factional IYC. In the first place, IYC has no faction. Whoever is parading himself as the President of the Council is an impostor. As far as the Ijaw nation is concerned, I am the only President of the Council.

"As for the threat to shot down the Commission by those sponsored agent provocateurs, IYC wish to reiterate our earlier stand that the threat did not emanate from IYC national neither any of its organs. We warn these jobbers not to hide under the popularity of the Council to propagate their political business.

"The presidency has also made it clear that the interim board will midwife the period the forensic audit is to be carried out. Those holding grudges against the process should channel their questions to Mr. President who is doing everything possible to sanitize the hitherto corrupt NDDC.

"Mr. President in his wisdom decides that an interim board should be constituted pending the substantive board is inaugurated for the purpose of facilitating the forensic audit. We see nothing wrong in that decision. Political opportunists should allow the Government to do what is right for our common good.

"Where were these IYC impostors when Delta Ijaws have been denied of the NDDC Board appointments? He asked.