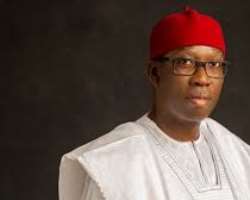 The Inter-agency taskforce set up by the Delta state government to clean up the capital territory and Asaba of its mess, has allegedly beaten a vendor to stupor.

The vendor, who was simply identified as Ocha, was purportedly given the beating of his life Monday by members of the special taskforce on environment.

The vendor who is managing to carve a living for himself had problem with one of his legs was allegedly tortured.

Also beaten, is another male vendor, identified as Chike, who displays his newspapers under the mango tree close the Legislative quarters, along Okpanam road.

Meanwhile, several of the vendors have downtool following the alleged attacks on them by members of the taskforce.

Contacted, the Commissioner for Environment, Mr. Chris Onogba, said he is unaware of the situation but noted that those affected should contact him in order for him to address the issue.

However, following the molestation of their members by the taskforce, vendors are currently in a crucial meeting on the way forward.

A source told our correspodent that the vendors may resolve to starve government house, Commissioners and their ministries and other government functionaries of newspapers.