DELTA LGA ELECTION: Pick Those Who Have Your Interest At Heart 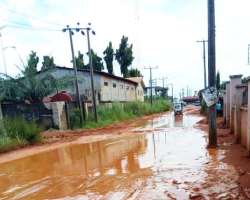 As the tenure of the local government council chairmen in Delta state gradually winds down, Deltans and non-Deltans alike resident in the state have been charged to evaluate the lives and characters of politicians before entrusting political powers on them.

"Now that the tenure of the LGAs admistration is winding up, Deltans should look inwards and pick better people who can represent the interest of those who voted them into office".

The Chairman, Nigeria People's Congress (NPC), Delta state chapter, Comrade Gabriel Mamuzo, JP, disclosed that the call became imperative based on the fact that the local government is closer to the people.

"Because the local government is the third tears of government which is closer to the people; it is very important we use people with human character not demons in human body", the 2019 governorship candidate said.

He lamented the situation whereby a local government chairman would not be able to showcase what his administration accomplished in three years. Hear him: "A situation whereby a local government chairman will be in office for three good years without pointing out a particular project which his administration achieved".

While taking on the administration of Comrade Uche Osadebe, chairman, Oshimili south, Comrade Mamuzo, reechoed the dirtiness of Asaba and its environs as waste litters the state capital.

"Oshimili south which is the host of the capital territory is one of the dirtiest LGA in Delta State, almost all the streets, roads and environs of Asaba are littered with waste", pointing out that they bring nothing good from their trips each time they travel.

"and they are happy traveling abroad to enjoy cleaner environment and back home nothing to show that we have people representing us at the council level".

He continued: "Asaba as a developing city and capital of Delta State should be giving a good face lift, good street, roads and lights should be constructed in areas like Okwe , Oduke, Achalla Ibusa, Akuofu, across Summit junction, Oko, Ibusa and Okpanam towns which are under Oshimili North, these forms the Asaba capital territory".

Although, the state government is currently constructing pedestrian bridges in strategic areas like Abraka which is densely populated by the Hausas and Summit Junction which is highly dominated by the Igbos, the NPC Chairman called for speedy works on those projects. "Flyover and pedestrian brigdes should be built across the major express and link up these towns and communities. These are some of the causes of the gridlocks we are facing everyday and for easy access to main Asaba town, it will help to develop all part of the capital territory".

He bemoaned the abandonment of residents and residential areas separated by the Asaba-Benin and Asaba-Onitsha express way from the capital, saying that the area lacks government presence as there are no motorable roads, public schools and hospitals and other social amenities.

Said he: "Government projects like school, hospital, market and some ministries should be sighted in these mentioned communities which will enable our women and children not to face the danger of crossing the Asaba-Benin express road on daily basis. It is the responsibility of the state and local government to put the people first before their personal interest not only when election comes you will see the local government chairman, house of assembly members, Rep members, Senator, Governor and other government functionaries moving from one street to another, door to door, soliciting for the people to vote them into office again just to satisfy their personal interest". He seized the opportunity to remind political appointees that the appointments given to them by the state is not to gallivant with the governor from one function to the other; from birthday parties, naming ceremonies and burial parties.

"Their duty is to support the governor in delivery the dividends of democracy to the people, develop the state, calling on the commissioners for environment, works, Lands and survey, town planning and urban renewal, water resources and other ministries to wake up from their comfort zones and air-conditioned offices "and go to the people and find out their needs".

"They should support the governor to achieve his smart agenda and his finishing strong matra before 2023", the Justice of Peace advocated.