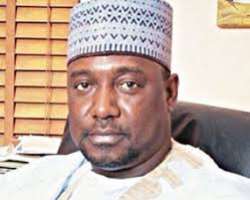 Your Excellency Sir.
It’s an honor to write you at this very critical moment in the Development of Niger State. There are quite a lot of issues that presently deserves immediate attention from your Government. But due to the worrisome situation of the road network across the state I would like to limit my contribution to problem of Roads and the opportunity it could provide for the socio-political and economic development of Niger State.

Yes. The State is pretty large in terms of land mass but being that as it may, it is very sad to know that within the geographical entity of makes up Niger State. Only Minna to Sarkin-pawa can be relatively regarded as motorable and this was a road that was built many years ago. As a Political scientist, Development strategist and Nigerlight who lives in the state capital for over (3) decades. The situation has never been this bad. Federal-States Government roads dichotomy not withstanding here are some of the cost efficient means of salvaging the situation in the interest of the Government, Niger State and Nigeria as a whole.

If you would recall. The Minna Western by-pass was built during the military administration of General Ibrahim Babangida. A father and a leader whose administration would be credited with most Infrastructural development in the state. But ever since, even maintenance of existing structures continue to remain a non ending debate, until now that things have gotten out of hand and making headlines for the obviously wrong reason.

I’ve heard so much talk about money not available for some projects, but let me say this without delving too much into statistics and numbers. Solving some of the problems is not just about the money but also having the right Development approach and strategy in place. So here is the way out.

- NEW MINNA WESTERN BY-PASS:- From available information this is a road that will require very little engineering work and resources to construct and with the situation on ground all that is required is to make a proper survey just before FUT Minna to somewhere outside chanchaga. Even available machinery and personnel within some of the Government Agencies can easily grade the road for heavy-duty trucks and tanker to immediately make use of without even coming in to the city center in the first place. This is a road that is just about (4-5) kilometers

- A NEW DEVELOPMENT FRONTIER:-. As the road is going to be outside of the city center it will provide business and Development opportunities to Government and thousands of people. The Government could immediately leverage on the opportunity to establish a large parking space for those trucks at a cost which would also provide different opportunities to the people while making Minna a viable transit location across the Country.

- DUAL-LANE BY-PASS:- This is very much what is equally needed in other part of the state capital. And they are from FUT to Maikunkele. Another one from Maikunkele to Maitumbi. And finally from Maitumbi back to Chanchaga. This same Development logic of a Dual-lane by-pass with a massive heavy vehicle parking space is also what is urgently needed in Mokwa, Kontagora, Tagina and Suleja respectively. If you are able to actualize this strategy the consistent revenue income to the State Government would be unbelievable. Take a tour to Mokwa for instance. At every moment of the day you would easily count more than a thousand tankers all packed by the roadside. If everyone has to make use of the Government parking space at 1,000 each. And that is just from one single location. On the whole. If the right thinking cap is worn. The situation is a huge opportunity for development to the state.

I remember a year ago when you took a helicopter chopper to view the areas that was destroyed by flood. You can as well take to the air once again to see for yourself how this Development strategy can be easily actualized within the shortest time possible while the lobbying continue with the Federal Government for it to live up to it’s other commitment of maintaining the roads that pass through the State. With all due respect Sir. Judging by the number of projects that were commissioned by the past two PDP lead administration in the power state. This Government definitely still has a long way to go before even coming close to what was achieved in the past. If this set of roads are brought to life it could at least serve as redemption and a legacy of your Government.

On the final note. If by any means this articulation should get to the state government for consideration. I will be very much ready to provide further details on how to get the roads fixed in a timely, cost efficient manner. In my humble opinion. Sir. Most of the other issues that have become unsurmountable to the state today all have the ready made alternative solution steering directly at us and the solution is not strictly Money/Revenue or how to spend it but rather on a comprehensive infrastructural, socio-political and economic development strategy framework that adequately explore existing reality on ground for the interest of the state in a sustainable way.