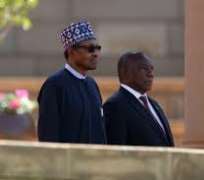 When Nigeria became the 53rd signatory to the African Continental Free Trade Agreement (AfCFTA) on 7 July, it was an important step in a long-heralded but widely criticised neoliberal integration project. Just three weeks later, however, the recurrence of violent afrophobic attacks in South Africa’s economic hub, Gauteng, challenged the very notions of pan-Africanism that underlie the political utopia of a continental free trade zone.

The attacks on African immigrants in South Africa have a longer history. The riots that peaked in early September were the latest in a series of 12 outbursts directed at foreign nationals since 2000, with more than 150 people killed. Violent mobs burned and looted hundreds of businesses belonging to Nigerians, Ethiopians, Congolese, Zimbabweans, Mozambicans and others in Johannesburg, claiming to be ridding the central towns of the domination of foreigners and the involvement of immigrants in the illegal drugs trade. Nigerians in particular find themselves disproportionately associated with the drugs trade in South African metropoles.

As a result of high unemployment and decades of isolation under apartheid, many black South Africans see little improvement in their lives in the ‘new’ South Africa, lacking prospects and unable to provide for their families. Immigrants from elsewhere in Africa are therefore accused of taking jobs from locals, competing for resources and running criminal networks. The country has ranked among the world’s most dangerous and crime-ridden since the end of apartheid, corruption has become rampant and law enforcement has been ineffective. African migrants in particular receive hardly any protection from security agencies. Afrophobic attacks seem therefore to be directly related to the socioeconomic challenges affecting millions of people in South Africa.

Cooperation and competition
At least 118 Nigerians are believed to have been killed in South Africa between 2016 and 2018. According to a 2019 UN report, there are officially 27,327 Nigerians in the country, while the Nigerian minister of foreign affairs, Geoffrey Onyeama, speaks of a community of up to 800,000. This discrepancy hints at a huge number of people without legal residency status who are especially vulnerable to the shadow economy.

In the past, the relations between the, by far, two biggest African economies have been characterised by both cooperation and competition. There was considerable antagonism during Nigeria’s military rule in the 1980s and 90s; in the following years, from 1999 to 2007, the countries managed a strong and promising diplomatic cooperation to build institutions as well as security and development frameworks on the continent. Together, they propagated the Organization of African Unity doctrine against coups d’état in Africa. After 2007, though, competition and rivalry for positions and representation in international fora increasingly overpowered this dual leadership. Pretoria and Abuja clashed repeatedly over immigration policies, with tit-for-tat behaviour over non-issuance of visas and deportations.

Nationalistic sentiments and scapegoating of immigrants spread easily among the downtrodden.

While both countries compete economically, Nigeria overtook South Africa as the continent’s biggest economy in 2014. However, the trade balance is clearly in favour of South Africa, which exports many of its goods and services into Nigeria. Due to strict regulations, only a handful of Nigerian companies have a presence in South Africa, while more than 100 South African companies have positioned themselves in the Nigerian market. Telecommunications giant MTN controls 65.3 per cent of the Nigerian market, for example; South African banks and the Shoprite supermarket chain have also heavily invested there.

Those companies, representing the face of South Africa in the absence of a bigger South African community in Nigeria, faced retaliation for the violence from enraged Nigerians. MTN, Shoprite and cable TV provider MultiChoice outlets were temporarily shut down and some were looted before police took control. Calls for boycotts, apologies, compensation and even nationalisation of South African businesses came from various quarters of society. The anger that had built up over years of recurrent attacks against Nigerians had eaten into the self-consciousness of the country and its people. They were deeply disappointed, as Nigeria had played a key role, politically and financially, in the fight against apartheid in solidarity with their South African brothers.

In search of a lasting solution
It was the lack of concern from by both governments that fuelled these sentiments. The South African government condoned xenophobic populism, failed to contain the riots in a timely manner and never prosecuted alleged perpetrators. Many Nigerians condemned their own government for not taking a decisive stance against the mistreatment and killing of their nationals. Eventually, it took action: like other African nations, Nigeria boycotted the 2019 World Economic Forum in Cape Town in September, sent a special envoy and offered its willingness to collaborate with Pretoria to find a lasting solution that would end all forms of attacks and xenophobia. Approximately 600 Nigerians were repatriated, but both governments failed to identify and address the root causes of violence: fierce competition for employment combined with poverty, hopelessness and the lack of prospects for millions of mostly young people.

The latest xenophobic attacks have shown that improved relations between the two countries are needed to resolve the situation and prevent further deterioration – and are a prerequisite if any pan-African project such as the AfCFTA is to move forward. The growing, long-term antagonism must be seen as an externalisation of the internal problems persisting in the two countries. Most are rooted in a lack of development, rising poverty and increasing social inequality. Nationalistic and isolationist rhetoric is challenging the pan-African orientation in many countries, not only South Africa and Nigeria.

The polarisation is also evidence that both are led by a political elite that is unable and often unwilling to take responsibility for the nation’s challenges. Instead, the leadership is increasingly disconnected from its people and their problems and is more interested in its own survival than in national development.

In the long term, the AfCFTA envisions a protocol on free movement of persons and seeks to establish a visa-free zone within member countries and an African Union passport. Given current tensions, however, any such common pan-African project looks to show little promise. And unless the respective governments and elites address their internal challenges and include civil society, labour organisations and the ever-growing informal sector in the debate on national development and wealth distribution, the AfCFTA with its neoliberal inclination will only make things worse. The aggressive expansion of big capital will prevail and intra-continental migration to the economic centres and megacities will increase. If left unregulated and unprotected, exploitation of and rivalry among the poorest are likely to continue their violent trend. Nationalistic sentiments and scapegoating of immigrants spread easily among the downtrodden.

This article was first published on International Politics and Society Journal Germany https://www.ips-journal.eu/regions/africa/article/show/when-two-elephants-fight-3812/

Ulrich Thum is the Resident Representative of the Friedrich-Ebert-Stiftung office in Abuja, Nigeria.

Bastian Schulz is the Director of the FES Trade Union Competence Centre (TUCC) for Sub-Saharan Africa based in South Africa.