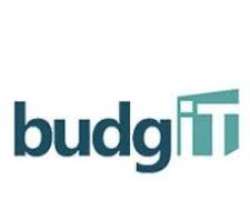 BudgIT has called on the federal government to tackle corruption in the oil and gas sector by establishing beneficial ownership register before the January 1st, 2020 deadline by the Extractive Industries Transparency Initiative (EITI) and making it compulsory for all.

Beneficial Ownership disclosure has been a growing issue of interest in the local and international space since EITI resolved in 2013 to implement the law, of which Nigeria is one of the eleven participating countries to deploy the law’s power in mitigating corruption risk.

Noting that the failure to meet this deadline could mean Nigeria losing its EITI “satisfactory” rating, BudgIT decries that an estimated $8.3 billion of illicit funds are taken out of Nigeria annually, out of the nearly $1 trillion that illicitly leaves developing countries due to hidden company and property ownership.

As enunciated in our recent research “Beneficial Ownership Reform in Nigeria: Key Insights for citizens and Policy Makers” we reiterate that the financial loss could provide 200,000 small businesses every year with capital of N25 million each, creating 200,000 new jobs per year for the over 20.9 million unemployed people in the country.

It is worthy of note that beyond susceptibility to illicit financial flows, companies with anonymous or hidden ownership structures are a serious risk to sovereign nations as they have significant potential to be used in secretly funding insurgencies and terrorism. This risk is a major concern for a resource-rich country like Nigeria, a country which exports $38 billion worth of petroleum products annually while fighting at least two distinct internal insurgencies in its Niger Delta, the oil-producing region, and the country’s Northern region, which is rich in solid minerals.

“The government needs to develop an Automated Risk Scoring Algorithm (ARSA) which will utilize data from the beneficial ownership register and other sources,” said Gabriel Okeowo, BudgIT’s principal lead.

“This algorithm should be utilized by all MDAs to carry out due diligence checks prior to the award of any license, permit or public contract. The ARSM will check for things like the presence of politically exposed persons, persons of interests in local and international money laundering or terrorism investigation etc, and then output a single “Risk Score” from 0 - 100. Riskier transactions would be flagged, while this would have prevented the occurrence of something like the Malabu scandal,” added Okeowo.

Signed
Shakir Akorede
Communications Associate
BudgIT is a civic organization that applies technology to intersect citizen engagement with institutional improvement, to facilitate societal change. A pioneer in the field of social advocacy melded with technology, BudgIT uses an array of tech tools to simplify the budget and matters of public spending for citizens, with the primary aim of raising the standard of transparency and accountability in government.