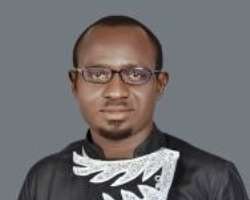 When I first saw the headline ‘’Nigeria to import doctors from Europe , United States...’’ I thought it was a typographical error, but on a second look it dawned on me that such reputable media firm as The Guardian could have not made such a mistake. What we currently have is export of Nigeria doctors to Europe through (IELTS,OET and PLAB) and to the United states (through USMLE). It may also interest our minister of health to know that we are also exporting our medical doctors through Prometric examinations to Oman and other Asian countries.

The first question our minister will answer is which hospital in Nigeria will the expatriate doctors work? Is it Aso Rock clinic which our outspoken first lady once told Nigerians, in 2017, had no syringes let alone an X-ray machine or is it our tertiary hospitals that cannot boast of 24 hours of power supply daily ? How many times has the minister paid an unscheduled visit to our tertiary hospitals after 2pm during week days to ascertain that certain laboratory tests and radiological investigations can no longer be done and samples cannot be collected from patients except few emergency laboratory investigations? I need not talk of what happens there during the weekends.

The next question our minister will answer is who will provide security for the expatriate doctors ,may be he has not heard that a doctor on call in one of the tertiary hospitals was once kidnapped right inside the hospital and heaven did not fall. Her colleagues continued work the next day. Thank God she was later released and as usual her family decided to remain silent on whether ransom was paid or not because announcing the amount of ransom paid was an open invitation to another gang of kidnappers to book the victim for their next operation. Recently NMA decided to compile the names of doctors who were once victims of kidnapping, a funny colleague jokingly asked if the list would include those that would be kidnapped in future. Tell me what you would expect in a country where a high ranking doctor like the chief medical director of Irrua Specialist hospital with his security details could be kidnapped few months ago and heaven did not fall and that would tell you the fate of other doctors in the country. Do you want me to talk about the recent kidnap of an assistant commissioner of police recently?

The minister will tell us how much the expatriate doctors will be paid, may be he has not visited the so-called Conmess(Consolidated Medical Salary Scheme ) recently because that salary scale to me does not reflect the current socioeconomic realities of our time.Instead, it can at best be described as a modern day slavery. Thank God colleagues are abandoning the Nigerian residency training (even at the verge of exiting the programme as fellows) to greener pastures abroad. My friend that recently abandoned his residency training in Nigeria at the level of a senior registrar was annoyed with me when I asked him why he left the programme for a two-year contract in Oman when he was at the verge of concluding his training in Nigeria. He got annoyed with me and asked what was the relevance of continuing a programme that could not allow him to buy an ordinary piece of land not to talk of erecting a decent structure on it.

The minister needs to inform Nigerians how many Radiotherapy machines that are working in this country before importing his expatriate doctors. If one does not havea cancer patient, one will not know what cancer patients are suffering in this country.Imagine a cancer patient travelling all the way from Cross River state to Ibadan for radiotherapy and after surviving deaths on our death-traps called federal highways, the cancer patient would be told that the machine was faulty hence he had to wait for the repair or move to Zaria or National Hospital Abuja for another marathon race. At times I asked who did we offend in this country that is punishing us with visionless leaders, the other day I heard a minister was quoted as saying that his ministry would import grass into the country to boost agriculture in the country. No wonder a foreign journalist described Nigerians as people that import what they have and export what they do not have. I do not want to believe that we descended from Ham (one of the three sons of Noah ) as recorded in the book of Genesis 9:21-27 .

What our health sector needs is a complete overhaul and restructuring. What is the motivation for the young doctors in Nigeria? Is the minister aware that most young doctors after university stay at home for close to two years before securing a place to do the mandatory one year internship (housemanship) programme? Is he aware that there are Nigerian medical doctors with primary results but cannot secure a place for residency programme? May be he is not aware that some chief medical doctors of our tertiary hospitals are now using medical officers to replace the employment of resident doctors ,a development Nigerians will soon pay dearly for when it will be mandatory for every patient needing specialist care to travel abroad to meet medical specialists . What happened to the much-touted central placement of house officers proposed and approved by his predecessor or has that been jettisoned as usual? I need not talk about the unemployed post part 2 colleagues who are now jobless because they have finished their residency training and there is no space to absorb them. Someone may even blame them for continuing a programme in a country that has no future for them.

I hope our minister will ask the expatriate doctors to come with their medical equipment because it is not exaggeration to say that some of the X-ray machines we have in the country are what Wilhelm Conrad Röntgen, a German mechanical engineer and physicist, used on 8 November 1895 to discover X-rays or Röntgen rays .Nigeria is a dumping site where all commodities, equipment and gadgets that have been used and abandoned in foreign countries are shifted to for continuation of usage. How many tertiary hospitals in this country can boast of functional diagnostic machines like MRI, CT, PET scan machines just to mention but a few? I am sure that most of the equipment in our tertiary hospitals were bought and installed by our colonial masters. Will the expatriate doctors agree to work with our current doctor-patient ratio and be expected to perform optimally? Which foreign medical doctor will be ready to consult for more than 100 patients during an outpatient clinic day and will not run back to his country the next day because that is crazy and unimaginable?

I am not against the fight against medical tourism abroad but we must start by putting our house in order. Nobody who has the means can stay in a system where it takes two weeks for laboratory investigation results to be ready when same results can be ready within minutes abroad. No sane person will allow his relative to be in a hospital where a unit of 5 doctors will have about 70 patients admitted under their unit as even God has angels that he delegated so many activities to. Nobodywho has the means will allow his or her relative be in a hospital where the power supply goes off at 10pm everyday and there may be power outage at the middle of a major surgery hence the surgery team would use torchlight to complete the surgery .

I advise the minister to start paying unscheduled and unannounced visits to our hospitals to truly ascertain the true state of things because pouring an old wine into a new container does not make it a new wine. How come Nigerian doctors are soaring high in Europe, United States and other countries if the issue is on importation of foreign doctors? How do our leaders intend to solve our problems when they do not know the cause or nature of our problems? My people say that when one does not know where the rain began to beat one , one would of course not know where he dried his body . His predecessor once told us that doctors in public service should not partake in private practice without knowing there are laws governing public service in this country. His predecessor never knew that he had no right to tell the doctor what he would use his unofficial hours to do as contained in sections 37 and 41 of the Nigeria’s constitution which respectively give inalienable right to private and family life and right to freedom of movement to all Nigerian citizens.

Somebody close to the minister should tell him that the surest way to fight medical tourism abroad is to make our hospitals live up to their true names because there is no way tertiary hospitals will be functioning at the capacity of primary or secondary health facilities and you want any sane patient relatives to have confidence in our health system. He should ensure massive employment of health and medical workers across board and employment should be strictly on merit and not based on one recommendation letter or ‘’affidavit ‘’ .

What of the morale of the workers? Thank God his professional colleague is there in the ministry of Labour and Employment , he should be able to tell him that good remuneration and favourable working condition are two most important factors that affect efficient supply of labour.Any tertiary hospital that cannot have 24 hours of power supply and run necessary laboratory tests and radiological investigations, and produce the results within minutes should be converted to a secondary health facility or better still a prayer house after all very senior army officer in this country recently suggested that prayers and spiritual warfares are needed to defeat terrorism.

Our three tier health system should be refurbished as when the primary and secondary health facilities are moribund or collapsed, there will be more pressures on the tertiary health facilities . Is it not a shame that at our 59 years of existence that a patient can be referred out of our tertiary facility to private centres for no other reason than the fact that there is no bed space or that there is no power supply in the tertiaryhospital? Instead of importing doctors into the country, the government should sponsor our healthcare professionals abroad to learn certain procedures and how to operate certain medical equipment. What percentage of Nigeria’s budget should be appropriated to our health sector according to our National Health Act? Has that percentage been implemented in this country? Even at that there is no effective mechanism to check the diversion of the paltry sum released into these hospitals into private pockets.

The other time it was minister of labour that told us that Nigeria had many doctors and we should be exporting them and now the story has changed. Does it mean we now need to import doctors, and not export them anymore? Let the minister look into the health sector holistically instead of playing to the gallery. There is a limit to politicking, and human lives should not be used to score political points.