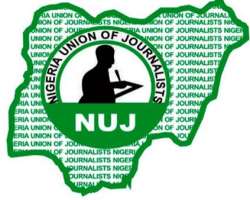 The Nigeria Union of Journalists (NUJ), Delta State Council, has inaugurated a 19-man committee to organize its 2019 Press Week, with a charge to explore every opportunity to actualize the sole of raising fund for the furnishing of the press center.

Inaugurating the committee at the council's temporary secretariat in DDPA Housing Estate, Asaba, the Chairman of the council, Comrade Michael Ikeogwu, congratulated the members and charged them to do their best to deliver on their mandate of organizing a befitting press week.

He expressed optimism that "With the caliber of persons in the committee, the task will be simple", maintaining that the press week would feature a lunching to raise funds for the furnishing of the union's press centre as well as repositioning the union towards being financially independent.

While thanking the Delta State Governor , Senator Ifeanyi Okowa for his relentless support towards the completion of the press centre as he has demonstrated in the release of fund which has seen the press center building to an appreciable level, Comrade Ikeogwu appealed to stakeholders and well to do Deltans to throw their weight behind the project as government alone cannot meet the aspirations of the citizenry.

He advised members of the union to support the committee to enable them succeed in the task before them as it would be to the glory of God and honour to members if the building is completed and put to maximum use.

Reiterating the preparedness of the committee to deliver on it's mandate, he said "We will do all within our limit with the cooperation of all members to ensure that we have a successful press week."