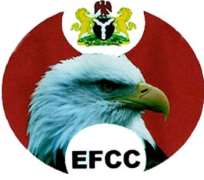 Following a series of complaints and save-our-souls messages by students of tertiary schools in Owerri, Imo state brought to the attention of the prominent civil Rights advocacy group – HUMAN RIGHTS WRITERS ASSOCIATION OF NIGERIA (HURIWA) about alleged incessant harassment by operatives of the Economic and Financial Crimes Commission (EFCC), the anti-graft body has been asked to desist from the ongoing intimidation, harassment, arbitrary arrests and humiliation of students staying in privately developed student’s hostels in the Imo state capital.

HURIWA in the same vein said in as much as it supports a law-based anti-corruption drive by the statutory bodies empowered to so do, these institutions must not go about denying innocent youths and particularly students from the enjoyment of all their constitutionally protected fundamental human rights as enshrined in chapter four of the Federal Republic of Nigeria (as amended). HURIWA said it was unconstitutional and undemocratic to demonize students based on assumptions.

The Rights group specifically condemned a situation whereby armed operatives of the Economic and Financial Crimes Commission (EFCC) would constantly storm the living hostels of both female and male students of the tertiary institutions in Owerri, the Imo state capital and round up every students staying in those hostels even without any shreds of empirical evidence linking such innocent students to any suspicious activities linked to advanced fee fraud or 419.

HURIWA listed sections 34(1); 35(1) and section 37 of the Nigeria constitution which guarantees basic freedoms to the citizens including students who must never be subjected to such horrendous ordeals of frequent raids by the operatives of the anti-graft body who have been accused of arbitrarily arresting students only because they live in the same flats with some persons who may be or not suspected at all of committing any criminal act of fraud.

Section 35(1): “Every person shall be entitled to his personal liberty and no person shall be deprived of such liberty save in the following cases and in accordance with a procedure permitted by law - (a) in execution of the sentence or order of a court in respect of a criminal offence of which he has been found guilty; (b) by reason of his failure to comply with the order of a court or in order to secure the fulfillment of any obligation imposed upon him by law; (c) for the purpose of bringing him before a court in execution of the order of a court or upon reasonable suspicion of his having committed a criminal offence, or to such extent as may be reasonably necessary to prevent his committing a criminal offence; (d) in the case of a person who has not attained the age of eighteen years for the purpose of his education or welfare; (e) in the case of persons suffering from infectious or contagious disease, persons of unsound mind, persons addicted to drugs or alcohol or vagrants, for the purpose of their care or treatment or the protection of the community; or (f) for the purpose of preventing the unlawful entry of any person into Nigeria or of effecting the expulsion, extradition or other lawful removal from Nigeria of any person or the taking of proceedings relating thereto: Provided that a person who is charged with an offence and who has been detained in lawful custody awaiting trial shall not continue to be kept in such detention for a period longer than the maximum period of imprisonment prescribed for the offence.”

Section 37: “The privacy of citizens, their homes, correspondence, telephone conversations and telegraphic communications is hereby guaranteed and protected.”

In another development, the Rights group has carpeted the Federal minister of health, for the primitive, backward, and retrogressive thinking of importing foreign trained doctors to be employed to work in public hospitals.

According to the HUMAN RIGHTS WRITERS ASSOCIATION OF NIGERIA (HURIWA), the plan by the current health minister has shown the lack of adherence to standard policy implementation in the administration of the health sector. HURIWA has therefore asked the health minister and his minister of state to resign forthwith if they have run out of workable solutions to the problems afflicting the public healthcare system in the Country.

“It was this same Federal administration in the first tenure that Nigerians were told loud and clear by the then health minister Dr. Isaac Adewole that Nigeria is producing too many medical professionals and doctors even as the minister then went ahead comically to tell the doctors who are unable to find job slots both in the private and public health facilities to embrace tailoring and other vocational jobs.”

“We in HURIWA with a membership of over ten thousand people made up mostly of youngsters including medical doctors, we are disappointed that those running public health policies in Nigeria are bereft of ideas that can turn around the health sector. Thinking of employing white or foreign doctors or even Cuban/Chinese doctors to work in Nigeria’s health sector is selfish, irrational and an attempt by the ministers to populate the public health facilities with ghost workers.”

“What we need in Nigeria are not foreign doctors but the most up to date medical equipment and facilities that are in tune with the advances in technology of the twenty first century and beyond. The country has more than enough competent doctors but due to corruption by the health institutions, virtually all the yearly budgets for health in the public sector are stolen by politician.”

HURIWA has charged the ministers of health to check the cases of procurement corruption in the public health ministries so as to ensure that the right calibre of facilities are bought and installed and for the usual in-house and regular training and capacity building workshops for the Nigerian doctors to be conducted in a transparent manner. The Rights group said it is well known that in many foreign jurisdictions such as the United States of America and Britain, the number of Nigerian doctors are so high to an extent that there were well conceived clamour to check the rapid brain drain of doctors and other top professionals from Nigeria who leave the shores of Nigeria in search of greener pastures.

HURIWA recalled that the Minister Osagie Ehanire said that Nigeria would employ the services of medical experts from Europe and America just as the disclosure came at a time that some stakeholders are understandably expressing concern about the migration of health workers from the country.

HURIWA said: "It is shocking that in this 21st century with the high number of Nigerian doctors to have read the minister of health saying that officials of the ministry were in touch with foreign embassies for specialists who would work in hospitals across the country for specified periods. To add salt to injury the minister, who stated this during the 2020 budget defence session, said the move would strengthen the nation’s health sector even when the idea of employing foreign doctors will only increase capital flights from Nigeria and worsen the state of unemployment and will not improve in any way the quality of healthcare delivered in the public health centres for as long as these healthcare institutions are grossly ill equipped with the medical facilities and devices that meet the best global practices".

"HURIWA is miffed that the minister failed to state how importation of foreign doctors can stop for instance President Muhammadu Buhari from seeing the British doctors in London or stop politicians from medical tourism but whilst he was responding to a question from a member of the Mrs. Tolulope Akande Sodipe-led House of Representatives Committee on Diaspora Matters about plans for curbing medical tourism, the health minister misfired and veered off into the arena of comedy and irrationality ".

"HURIWA hereby condemns Mr. Ehanire for saying that the experts, already exposed to sophisticated practice in the advanced world, would not only attend to the health needs of Nigerians but also use the opportunity to share expertise with their local counterparts even as we in the organised human rights community see this as an incurable addiction to neocolonialism and inferiority complex which must be discountenanced forcefully".

The Rights group said the information by the minister that there are equally plans to make indigenous consultants and surgeons spend some time abroad and come back to improve the Nigerian healthcare system, is a red herring because most of the medical practitioners in Nigeria have attended courses abroad before returning to practice in the Country.

" HURIWA hereby strongly condemns the minister for erroneously maintaining that the country’s teaching hospitals were adequately equipped and manned by experienced and qualified doctors but the same minister is the person canvassing the employment of foreign doctors. This is a fallacy of unfathomable dimension. It is clear that these health officials are bereft of idea but are only interested in what benefits can accrue to them and their political masters. Saying that the sector requires more funds to also create an enabling atmosphere for Nigerian experts in the diaspora to return and render free services to the homeland is neither here nor there. The health minister should stop procurement corruption first".

HURIWA however dismissed the statements of the health minister as misconceived and abhorrent to good and qualitative reasoning given the facts that there are a high numbers of Nigerian trained doctors produced on regular basis after thoroughbred trainings in the medical faculties embedded in some respected Nigerian Universities under the competent supervision of the Medical and Dental Health Council of Nigeria.