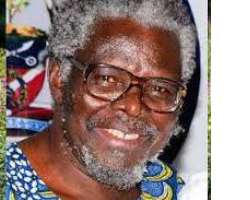 My last published piece, “Revolutions that ‘fired’ young Leftists” (September 26, 2019), was an abridgement of what was originally planned to be a much longer essay. That longer essay would have included not only some revolutions that failed, but also some revolutionaries that failed to make successful revolutions. In that excised segment was Rosa Luxemburg, a brilliant Marxist revolutionary whose life was brutally terminated a hundred years ago, in 1919, in the German Socialist Revolution that failed. It is with this exceptional woman whose photograph, together with those of five other women, has adorned the wall of our public library for more than 20 years that we are concerned in this follow-up piece.

It occurred to me, not now, but when I was revising the earlier piece, that no Nigerian revolution or revolutionary made my list of those who “fired” the young Leftists of the period. Why? The answer is simply this: The young Leftists to whom we refer here were those who came into the Socialist Movement in the decade following the Nigerian Civil War (1967-1970). These young Nigerians were very angry with the older comrades over the degenerate state of the movement—a degeneracy that started, even by the testimonies of the elders, before the crisis and Civil War. The summary of the matter is that though we deeply respected a substantial number of our elders, they did not “fire” us in the sense of this discussion.

Rosa Luxemburg was born on March 5, 1871 in the part of Poland under the occupation of imperial Russia. Her parents were Jews. She was thus born with two “disabilities”: a national minority and a Jew. She would acquire more “disabilities” as she advanced in her revolutionary career. She had her primary and secondary education in her “homeland” and became an activist Marxist as a teenager. When the revolutionary group she joined was crushed, she was smuggled to Zurich in Switzerland. She attended the University of Zurich from 1889 to 1897 and came out with a doctorate degree in Political Economy. Her doctoral dissertation was titled The Industrial Development of Poland. From Zurich Rosa Luxemburg came to Germany where her reputation as a brilliant Marxist had preceded her. It did not take long for her credentials to be confirmed. She was not introduced. Rather, she introduced herself—in a particularly audacious manner.

By the time Rosa Luxemburg arrived in Germany, the German Social Democratic Party (SDP) had been established not only as the largest socialist party in Europe and in the Second International of Socialists but also as the party with the largest concentration of frontline Marxist theoreticians anywhere. These included Karl Kautsky, August Bebel and Wilhelm Liebknetch who constituted the leadership of SDP. One particularly influential socialist, called Eduard Bernstein, was described as a friend of this leadership.

The arrival of Luxemburg in Germany in 1898 coincided with the appearance of a series of articles authored by this Bernstein, proposing the “revision” of key Marxist theses including, in particular, the need for a workers-led socialist revolution. In his articles, Bernstein proposed that socialism was now realizable through the nurturing of an evolutionary process. He based his proposed “revisions” on two planks: that certain facts and tendencies were unknown to Marx and that some others had developed since Marx. Bernstein followed these articles with a full-length book whose English translation was given the title Evolutionary Socialism.

Rosa Luxemburg responded to Bernstein’s “Evolutionary Socialism” with two articles which were later combined and published in April 1899 as a book: “Reform or Revolution”. In it she replied Bernstein—facts for facts, analyses for analyses. Beyond this, she ridiculed the “revisionists”. We obtained these two guiding theses from the book: One: “Between social reforms and revolution there exists an indissoluble tie. The struggle for reforms is its means; the social revolution, its aim”. And then: “If it is true that theories are only the images of the phenomena of the exterior world in the human consciousness, it must be added that theories—from people like Bernstein—sometimes appear as inverted images”.

Frankly, it was this small book, followed by another one, “What is Economics?”, that initially made us admirers of Rosa Luxemburg. All subsequent “encounters” with her only strengthened this our immediate assessment: As a brilliant, original and audacious defender of Marx, Marxism and revolutionary socialism, Luxemburg has few superiors in history.

“Reform or Revolution” introduced Rosa Luxemburg to the politics of the German Socialist Movement and the Second International. But in doing so, the book provoked and brought upon her all the social prejudices that could be visited on a single revolutionary fighter. And her adversaries grabbed the available “ammunitions”: She was a Communist, a Jew, a foreigner (Polish) and a woman; she was a “small girl” (just 28) and though pretty, walked with a small limp. She, however, rose above all the prejudices and fought simultaneously in writing, in speeches and in physical agitation on several revolutionary platforms: in Germany, in Russia, in Poland, in Lithuania as well as in the Second International. Long before most of her contemporaries, Rosa Luxemburg saw and denounced the degeneracy and opportunism of most of the existing socialist parties and predicted their eventual betrayal and capitulation to imperialism as the First World War threatened. Only physical elimination could silence this tempestuous woman. And she was so silenced in Berlin on January 15, 1919.

Compared to some other great revolutionary leaders that I have encountered in books, my encounters with Rosa Luxemburg have been few. But the few encounters were concentrated and impactful—that is, there was a lot to “chew” in each single encounter. After “Reform or Revolution”, I obtained “What is Economics?” which I later discovered was the introductory chapter of her “Introduction to Political Economy”. I have never obtained the complete book—although several of Luxemburg’s biographers believed that either the book was never completed or parts of the manuscripts were destroyed by the armed thugs who went after her with fury during the short-lived 1919 German Socialist Revolution.

Next, I encountered a huge political biography, “Rosa Luxemburg”, written by J. P. Nettl. After this, I obtained what several Luxemburg scholars regard as her greatest theoretical work, “The Accumulation of Capital”, the book in which she “debated” with her great teacher, Karl Mark, on the trajectory of the inevitable collapse of capitalism. And about a decade ago, I acquired “The Rosa Luxemburg Reader” edited by Hudis and Anderson. Marxists and Leftists today remember Rosa Luxemburg for her love of open polemical combats and the deployment of sharp “alternatives” and “pairing” in these combats: “Reform or Revolution”; “Socialism or Barbarism”; “Democracy and Dictatorship”; “Class or Nation”; “National Self-Determination or Proletarian Internationalism”; “National Consciousness or National Patriotism”; “Spontaneity and Organisation”; “Proletarian Women and Bourgeois Women”, etc.

Our subject did not live long enough to see that posing huge questions in terms like these has not only huge strengths but also huge weaknesses. The method, obviously inspired by Marx himself, could “fire” revolutionaries and help them achieve and retain focus. But, as some sympathetic biographers have also observed, the method, when employed with insufficient patience, could lead revolutionaries to lump opponents together in situations where more careful analyses of the camps of adversaries could lead to tactical (or even strategic) decisions that could make the difference between victory and defeat.

Nettl’s biography of Luxemburg ended with the following partial assessment of our subject: “Rosa Luxemburg stands at the apex of the attempt to make operational the Marxist concept of class as the primary social referent, and to break once and for all the old alternative stranglehold of nation. In this respect her contribution is second to none”. Check it out.