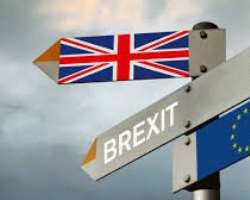 The British economy faces another agonising delay and UK financial assets will be further squeezed following the UK government losing another crucial Brexit vote in parliament.

This is the stark warning from the CEO and founder of one of the world’s largest independent financial advisory organizations.

The comments from Nigel Green of deVere Group come as Prime Minister Boris Johnson confirms the Brexit Withdrawal Agreement Bill “will now be paused” after MPs voted against the accelerated timetable for the Brexit Bill. The withdrawal is now subject to weeks of scrutiny.

It was the second vote of the night. The first was a win for Boris Johnson as MP’s supported his withdrawal agreement in principle. It was the first time MPs have shown their backing for any Brexit deal, and was a significant political boost for the Prime Minister.

Nigel Green states: “Boris Johnson’s government lost the vote that mattered. This now means that Brexit is now highly unlikely to be delivered by October 31 - as the PM had repeatedly promised.

“The duration of Brexit extension that the EU offers is now in focus. It has been reported that Mr Johnson would accept a 10-day Brexit delay beyond “do or die” day on October 31 if it were a ‘final extension’.

“Interestingly, so far there’s been no mention of a general election from the Prime Minister. He had warned he would pull his Brexit legislation and push for a general election if MPs blocked his plan to pass the bill through the House Commons within just three days.”

He continues: “Tuesday night was an opportunity to move forward with the Brexit saga. The outcome means more delay and more uncertainty.

“Against this backdrop, the Brexit-pummelled pound fell yet again – even though it stabilised after its earlier spike and then sudden decline as much of the news has already been priced-in.

“However, the British economy faces more agonising delay and UK financial assets, with the exception of property, are likely to be squeezed still further.

“Wealth, jobs and opportunity-generating businesses – both in the UK and internationally- are crying out for certainty.

“The fog of Brexit is hampering investment and confidence in Britain. The serious and far-reaching impact of this saga has cost the UK three and a half years of lost opportunity and many tens of billions of pounds.”

He adds: “How this now plays out will depend on the length of extension offered by the EU.

“A short extension to scrutinise more fully the deal, which now has the support of the House of Commons, will be favourable.

“Hopefully, this will then be enough to get Boris Johnson’s Brexit deal over the line which will ultimately be good for the pound – possibly hitting $1.35 – good for the British, EU and global economies, and good for UK financial assets.”

The deVere CEO concludes: “Whatever happens next, this is just the beginning of the Brexit issue – and this was meant to be the ‘easy’ part. The uncertainty is here to stay, especially with the likelihood of a UK general election in the near future.

“As such, investors need to protect themselves from market uncertainty and also best-position themselves for the inevitable opportunities through exposure to a broad range of assets, currencies and geographical regions.”