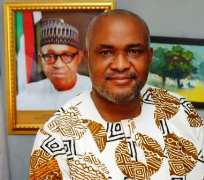 Since coming on board for the second time as head of state but as an elected leader of Nigeria for the first time in the year 2015, president Muhammadu Buhari is yet to bring to justice suspected armed Fulani attackers responsible for killings of over six thousand rural farmers all across Nigeria.

As the military leader in the mid-eighties, the then major general Muhammadu Buhari garnered some high reputation as a no-nonsense disciplinarian seen as a patriotic Nigerian with a high propensity of nationalistic desires to drive in sense into the minds of a lot of Nigerians then who exhibited scarce respect for the rule of law.

However, since he was sworn in as elected president in 2015 and he has already served out his first term and has just been returned elected and sworn in around May 2019 for the last constitutional term, the president is yet to ensure that suspected killers made up of armed Fulani herdsmen are arrested, prosecuted before competent courts of law and punished for these grave crime against humanity.

There are groundswells of perception that because the majority of these suspected armed Fulani killers of rural farmers belong to his ethno-religious affiliation, his government is not in any hurry to do the needful.

Already, president Buhari has spent over 100 days after his second and final swearing-in during which he held on to both the Holy Book of his faith and the supreme law of Nigeria known as the constitution of the Federal Republic Of Nigeria of 1999, and swore under a binding oath to do right to all manner of people according to law, without fear, or favour, affection or ill-will, but the government has failed to bring justice to thousands of victims of the numerous cases of killings carried out all around Nigeria by suspected armed Fulani herdsmen.

Both the offices of inspector General of Police and the Attorney General of the Federation have failed in their constitutional obligations to bring the culprits to book.

I have taken a great deal of time to compile few records of these attacks by suspected armed Fulani herdsmen since 2016 to 2018. Just as I have opted to establish legally that it is obligatory on the president to ensure that the law is not a respecter of any killer.

This is why the State has two tasks in which potential victims of wrongdoing are likely to take an interest; first is to criminalize certain behaviors which wrong others, the second is to punish those behaviors. It fulfills only one part of the law when all a society has is provision in a piece of document without complementary enforcement of those provisions in defaulters or deviants.

The first legal basis and rationale for punishment of those crimes is that the law has provided for their punishment. It must be reiterated that the usual procedure for law passage involves the executive and legislative arm of governments, so much so that even in military regimes, quasi legislative assembly or committees are constituted to serve as the parliament to either formulate the set of rules that eventually decreed or in the least the embellish it with the legislative or legal jargons. The point is that at the violation of a law, the organ of government with powers to adjudicate is the judiciary.

Another basis for which the crime of kidnapping and arm banditry must be punished is that they are not compoundable offences. A crime is compoundable when the victim of an offence which is personal to him accepts settlement from the perpetrator in lieu of prosecution. However the offences of kidnapping or abduction and armed banditry are not personal to the any particular victims. The whole society is a victim of kidnapping and armed banditry. They are offences which deal with the state of safety of the public and for which any member of the society could be a victim either by virtue of social standing in financial terms, or by virtue of mere membership of a particular tribe or group or merely by being a believer or practitioner of a particular faith or religion. Again the manner of carrying out of these offences involves the use of fire arms which only the State has prerogative over.

"Compounding a crime" is defined in the same Black's Law Dictionary, 9th Ed., as follows

The offense of either agreeing not to prosecute a crime that one knows has been committed or agreeing to hamper the prosecution.

The offense is complete when there is an agreement to either withhold evidence of the crime, conceal it, or fail to prosecute it.

"Compounding of offences" on the other hand, is an act on the part of the victim, who decides to pardon the offence committed by the accused person, and requests the Court to exonerate him. This does not mean that the offence has not been committed;”

In Ramesh Chandara v. A.P. Jhaveri [A.I.R.1973 SC 84] the Indian Supreme Court made a profound statement which appears to shade light on the conspiracy of silence in the midst of the gruesome crimes and state of unrest in Nigeria today The Court held that an invisible permission to compound a compoundable and non-compoundable offence is totally invalid.

Prevalence of an offence is another reason for the need for stiffer measures and sanctions to ensure deterrence. In the case of Onyilokwu V The State (1981) 2 NCR 49 where the offender was initially detained for causing hurt, and later, he unsuccessfully tried to escape and was additionally charged with escaping from lawful custody. Although he was later discharged and acquitted, the court expressed the view that three years imprisonment earlier imposed on him did not show adequate consideration not only for his first offender status, but also , for an offence which was not prevalent in the community. The rationale for reconsidering the sentence gives a clear indication that a prevalent crime should not be treated with kid gloves if such a society must survive the crime.

In the case of Olanipekmi V The State (1979) 3 LRN 204 1979 (alias junta manta), during a robbery, D the leader ordered one of his followers to shoot a victim. He complied but the gun did not go off. In sentencing him to five years imprisonment with hard labour, the court said:

Similarly, courts have taken very serious view of the offences which injure or threaten the lives of citizens. In the case of R. v. Ozuloke Suit No.HU/4/47/C/71 (High Court Umuahia, Unreported) where the appellant met a little girl aged about eight years who was related to him on a village road, he covered her eyes with his hand and stuffed bread into her mouth to stop her crying out and took her into a bush, he laid her out on the ground, stood on her hand, poured acid over her body and cut off her left ear, he forced her eyes open and poured acid into them. He later ran away leaving the little girl unconscious. A twenty year jail sentence was considered adequate; the offence was regarded as being most revolting. What could be more revolting than the present state of widespread and indiscriminate possession of firearms and the attendance wanton crimes of kidnapping, molestation, killings, terrorism in all parts of the Country today.

“The Federal Republic of Nigeria shall not be governed nor shall any person or group of persons take control of the government of Nigeria or any part thereof, except in accordance with the provisions of this Constitution.”

The history of rebellion and revolution all over the world began with proliferation of arms and unbridled state of crime associated with such arms as in the present state.

The following are few recorded cases of these attacks which till now are yet to be resolved in accordance with the laws.

In July 16, 2015: Fulani Herdsmen attack and killed farmers in Plateau.

Then on September 2015: an attack by some Fulani herdsmen on the community of Onitsha Ukwuani in Ndokwa West local government area of Delta State left about three persons dead. A middle-aged woman was raped and subsequently killed by three Fulani herdsmen in Edo state.

In November 2015: Herdsmen invaded Ulaja and Ojeh communities in Dekina Local Government Area of Kogi State and killed about 22 men and women.

The media reported too that on December 1, 2015: Fulani Herdsmen killed a man in Ofagbe community, Isoko North council area of Delta even as on January 24, 2016: Nigerian police DPO, 29 others killed by suspected Fulani herdsmen.

Again on February 29, 2016: Over 500 locals killed and 7000 displaced in an attack in Agatu LGA by Fulani herdsmen then back to March 9, 2016: 8 residents killed during herdsmen attacks in Ngorukgan, Tse Chia, Deghkia and Nhumbe, Logo LGA.

Then came the report that gunmen killed 50 in Shiroro attack Published by The Guardian 23 September 2015.

Among those killed in the Shiroro attack, suspected to have been orchestrated by Fulani herdsmen, are the district head, his brother and a police Inspector serving with the Alawa division.

Then came the report that Boko Haram, Fulani herdsmen killed over 3,000 under Buhari Published By PUNCH May 28, 2016

The killing spree spread to the South East of Nigeria In April, 2016, when at least 40 persons were also reportedly killed when suspected herdsmen attacked Nimbo in Uzo -Uwani Local Government Area of Enugu State.

It was alleged that the assailants had attacked their victims for refusing to allow the herdsmen use their farmland for grazing their cattle.

Many houses have also been reportedly set ablaze in the incident, which began on Sunday and lasted till yesterday afternoon.

The violence continued with Herdsmen attacks whereby ‘75 persons were killed, 13,726 displaced in Plateau’ Published By PUNCH October 27, 2017 just as Herdsmen killed 20, burn houses in fresh Benue attacks Published By PUNCH January 3, 2018 and no fewer than 50 persons have been killed in fresh attacks on Benue communities by suspected Fulani herdsmen after they invaded parts of the Guma and Logo Local Government Areas of the state on New Year’s Day .

Then Protests sprang up in Benue as herdsmen kill two Catholic priests, 17 others inside church Published By PUNCH April 25, 2018

The deceased Rev Fathers were identified as Fr . Joseph Gor and Felix Tyolaha . The Nigerian police made claims of hundreds of arrests and recovery of thousands of sophisticated weapons from some of these armed Fulani bandits but for four years not one killer has been successfully charged and convicted thereby making Nigeria appear like a failed state. This anomaly ought to be reversed immediately.