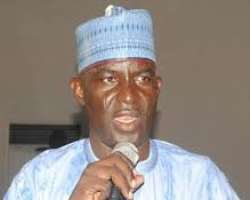 The member representing Kaga, Magumeri and Gubio federal constituency, at the House of Representatives’, Hon. Usman Zanna has said Tuesday that Boko Haram Terrorists are still very strong and holding some territories or Local Government Areas in Borno State.

Zanna disclosed this to the House Committee on Internally Displaced Persons (IDPs) and Refugees on Tuesday while noting that the boko Haram insurgents had sacked residents of most communities in all the three local government areas in his constituency.

The lawmaker, who spoke at the inaugural meeting of the House committee on IDPs said, " in the past one month, the Boko Haram insurgents have attacked these LGAs at least four to five times".

Zanna who pleaded with the House Committee Chairman, Hon. Mohammed Umar Jega, and all members to take the committee’s mandate seriously, lamented that as a result of Boko Haram attacks and occupation of communities in his constituency, “my people have fled into Niger and Chad, leaving the places empty”.

In his earlier speech, the House Committee Chairman, Hon Jega solicited for the cooperation of the members, pointing out that, the work of the committee was humanitarian and must be done with the required compassion.

“Members should put in their best and take the committee as their own because it has to do with humanitarian issues bordering on IDPs, homeless persons, stateless persons, migrants and refugees,” the chairman said.