Peace through jazz music: The trumpet is a ‘cool’ instrument to unite people 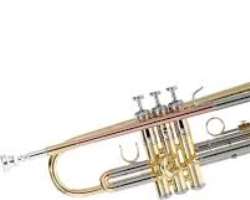 Each year, on 30 April, music lovers around the world celebrate International Jazz Day to “honour jazz and its enduring legacy, as well as its power to bring people together,” says Audrey Azoulay, the director-general of the United Nations Education, Science and Cultural Organisation (UNESCO), which works to promote global peace, justice and rule of law.

Jazz events held each year in different countries around the globe culminate in the International Jazz Day, a star-studded musical concert in a major city. This year it took place in Melbourne, Australia. Other cities have hosted the event since 2012, when the UN headquarters in New York City hosted the inaugural.

In 2020 it will be the turn of Cape Town, South Africa. While the selection could be a recognition of a vibrant and creative local jazz industry—the city has its own annual jazz festival—it is also a reminder of the role music played in South Africans’ struggle for equal rights, as well as the enduring legacy of jazz across Africa.

“In celebrating jazz, the world celebrates more than the music,” UNESCO’s Corine Dubois told Africa Renewal. “It also celebrates creativity, partnerships and collaborations as much as freedom of expression.”

But back in 2018, New Orleans, a historically and culturally renowned American city on the Mississippi River, was honoured by a special concert as the city celebrated its 300th anniversary.

Mitch Landrieu, the mayor at the time, could barely contain his enthusiasm. “Oh man! It is so nice to be here,” he exclaimed. “You know where jazz was created? In New Orleans. Right down the street, the only place in the world it could have been created.”

As the Preservation Hall Jazz Band, a New Orleans group, ushered in the proceedings, making its way around the inside of the city’s Orpheum Theatre hall and filling the air with a celebratory, jolly mood, in tow was a bouncing larger-than-life mascot of a smiling Louis Armstrong, also known as Satchmo, the famous trumpeter and jazz singer.

The procession evoked the image of a grinning Armstrong being feted in Léopoldville, now Kinshasa, in the Democratic Republic of the Congo (DRC) in 1960. There he was triumphally carried into a stadium by local fans ahead of a concert.

Mr. Armstrong’s visit to the Congo was one of his many to Africa and was part of the US government’s Jazz Ambassadors programme, which was created in 1956 at the height of the Cold War to promote American values and culture abroad. Jazz musicians such as Louis Armstrong, Dizzy Gillespie and Duke Ellington were dispatched around the world as cultural ambassadors.

“The weapon that we will use is the cool one,” Mr. Gillespie reportedly said, referring to his famous trumpet.

The US jazz ambassadors might not have won any war on the continent, but still, from the banks of the Mississippi River to African shores and beyond, jazz music made an enduring impact on politics, art and literature. To this day, jazz enthusiasts are many in Africa.

Jazz in Accra
On a balmy Sunday evening in Accra, Ghana, the 10-man acoustic group Takashi Band is performing in an open jazz bar and grill. In an eclectic mix that also features Ghanaian highlife numbers, they perform two well-known jazz standards, “What a Wonderful World”.

Jazz patrons swing along slowly in their chairs until the band plays “Fly Me to the Moon,” and then almost everybody jumps up. “Agbadza style,” Mr. Essa jokes, referring to a traditional Ghanaian dance that is also popular in Togo and Benin.

In exile, during the apartheid period and later back in South Africa, musicians such as Mariam Makeba, trumpeter Hugh Masekela (affectionally referred to as the father of South African jazz) and pianist and composer Abdullah Ibrahim (also known as Dollar Brand or the king of South African jazz) used their performances to express a yearning for freedom and equal rights.

More in South Africa than elsewhere, music was central to the struggle for freedom. The 2002 documentary Amandla! A Revolution in Four-Part Harmony, chronicles the power of music in rallying people against the apartheid regime.

First released in 1974 to protest the forced displacement of colored people in Cape Town, “Mannenberg” would become one of the most popular songs of the ’80s in Africa.

In an interview with the Voice of America in 2012, Mr. Ibrahim said, “We had captured the spirit and the mood of the nation at that time.” He explained how, after the Soweto uprising of 1976, in which more than 100 antiapartheid demonstrators were killed, the public “picked up the song, and it was played and sung everywhere…and in some regards, it has become almost like an unofficial national anthem of South Africa.”

According to Mr. Ibrahim, upon hearing the track in prison, Nelson Mandela once said, “This is a sign that liberation is near.”

Jazz and literature
The influence of jazz in Africa is felt in areas other than politics; just as in the US, it has inspired novelists and other writers, especially in French-speaking African countries.

“No other musical form has so consistently appeared in the Francophone African [literary] tradition,” writes Pim Higginson, a professor of French and francophone studies at Bryn Mawr, an American women’s liberal arts college, in the introduction to his 2017 essay Scoring Race: Jazz, Fiction, and Francophone Africa.

Jazz et vin de palme (Jazz and Palm Wine) by Emmanuel Dongala of Congo is frequently cited as an example of jazz in literature. Mirages de Paris (Mirages of Paris), published in 1937 and authored by Ousmane Socé from Senegal, was the first novel to feature jazz.

The plots of these works are different, yet the writers all use jazz music to express their main characters’ culturally diverse identities and struggles with modernity.

For most of these writers, “the biggest influence comes from the structure of jazz compositions,” Mr. Kangni Alem, a Togolese writer, told Africa Renewal, citing Misterioso-911, a play by Ivorian writer Koffi Kwahulé. The title of the play appears to be a nod to Misterioso, a 1958 album by jazz pianist Thelonious Monk.

These literary works are celebrations of cultural diversity as represented through freedom of expression and creativity—the kinds offered by jazz.

These writers “repeatedly turn to jazz as an idea, a contested site, a formation, through and around which they negotiate notions of race and identity, resistance and expression,” notes Mr. Higginson.

“In celebrating jazz, the world celebrates more than the music,” UNESCO’s Corine Dubois sums it up, adding that jazz fosters creativity, partnerships and freedom of expression. “It promotes the Sustainable Development Goals…and fosters dialogue among cultures.”