Natasha's Suit Against Gov. Bello and What the Law Says 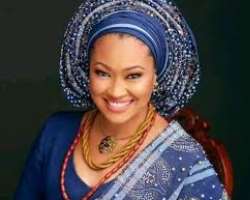 In writing this piece, I am very much aware that I have restrictions commenting on matters that are subjudice (pending in court). However, I find it necessary to render this legal opinion as my own little contribution to legal development in Kogi State and Nigeria at large. The opinion expressed herein is therefore made "without prejudice" to the suit filed by Natasha Akpoti! And here we go:

On the 14th day of October, 2019, it was widely reported by several news channels and social media platforms that Natasha Akpoti of the SDP, filed a suit against the candidate of the APC in the forthcoming election, Governor Yahaya Bello, wherein she prayed the court to disqualify Bello from contesting in the election and to also bar him from holding public office for ten (10) years. The suit was anchored on the double-registration saga allegedly involving the Governor. But, then, what does the law say about this issue of double registration upon which Natasha's suit is based? We shall find out in a moment.

By section 36 (12) of the Constitution of the Federal Republic of Nigeria, 1999 (As Amended) (hereinafter simply referred to as "the Constitution"), a person cannot be punished for any offence unless same is provided for and its punishment prescribed in a written law.

Section 117(1) "A person who-
(c) Presents himself to be or does any act whereby he is by whatever name or description howsoever, included in the register of voters for a constituency in which he is not entitled to be registered or causes himself to be registered in more than one registration or revision centre;...commits an offence and liable on conviction to a maximum fine of N 1, 000,000 or to 12 months Imprisonment or to both". (Emphasis mine).

The Electoral Act, having regard to the above provisions, is very express on the type or nature of sanctions or punishments that would be inflicted on any one that contravenes the provisions of section 117(1) (c) of the Act. That sanction is "maximum fine of N1, 000,000 or 12 months imprisonment or both". This sanctions or punishments are not outright or automatic and neither are they to be imposed by INEC on its own or by itself. The prescribed punishments are conditional in the sense that an alleged offender can only be punished upon "conviction". In other words, without conviction by a court of law, no punishment or sanction can be imposed on any alleged offender under section 117(1)(c) of the Electoral Act.

Now, the pertinent questions are: Has Governor Bello been tried for the alleged offence of double registration contrary to the said section of the Electoral Act? Has he been convicted of the same offence? Can he (Gov. Bello) be tried and/or convicted of the alleged offence in view of the immunity clause provision under section 308 (1) of the Constitution? If he has not been tried and/or convicted of the alleged offence, can he be punished for an offence in respect of which he has not been tried by a court of law? Does the punishment for double registration under section 117(1)(c) of the Electoral Act include "disqualification" of the alleged offender from contesting in an election in which he is the flagbearer of his Political Party? Does the punishment under the section also include barring of the offender from holding public office for ten (10) years as prayed by Natasha in her suit? I return negative answers to all these questions. With all due respect to Natasha Akpoti, the prayers or reliefs sought in the said suit filed by her do not flow from the provisions of section 117(1)(c) of the Electoral Act which was allegedly contravened by Governor Yahaya Bello of Kogi State. It is settled canon of interpretation that the express mention of a thing excludes the other. This is expressed in the Latin maxim "Expressio unius est exclussio atterius" . Applyimg this principle to the issue at hand, I hold the considered view that since offence of double registration is unequivocally expressed or stated in section 117(1)(c) of the Electoral Act to attract "maximum fine of N 1, 000,000 or 12 months imprisonment or both", other forms of sanctions or punishments (such as disqualification of Gov. Bello from contesting Nov. 16 election as well as an order baring him from holding public office for ten years as prayed by Natasha Akpoti in her suit), are excluded under the section. See. A.G. FED. V. A.G. ABIA STATE & 35 ORS. (2001) 7 SC (Pt. 1) 94; AFRICAN IVORY INS. CO. LTD. V. COMMISSIONER OF INSURANCE (1998) 1 NWLR (Pt. 532) 50.

I am not unmindful of the fact that INEC reportedly sanctioned its staffers that were involved in the double registration saga. That in my humble opinion, does not in any way change what the law says on the issue under analysis. We must declare law as we find it. Law is without sentiments. Sentiment has no place in judicial deliberations. See UDOSEN v. THE STATE (2007) 4 NWLR (Pt. 1023) 125; ONIAH v. CHIEF ONYIA (1989) 1 NWLR (Pt. 99) 514.

It is imperative to note here that Yahaya Bello as the incumbent Governor of Kogi State enjoys executive immunity which is guaranteed under section 308(1) of the Constitution. The implication of this is that he can not be tried of any alleged criminal offence until he leaves office, although he can be investigated over criminal allegations including the alleged double registration. See CHIEF GANI FAWEHINMI V. IGP (2002) 7 NWLR (Pt. 767) 606 SC. Thus, until the veil of immunity is lifted through expiration of office or by impeachment, a sitting Governor like Yahaya Bello cannot be subjected to criminal trial or punishment arising in any manner thereof.

What is more, the suit filed by Natasha Akpoti against Governor Bello was commenced by Originating Summons. The suit itself is a civil action as it also prayed for an order mandating INEC to investigate Gov. Bello and to also prosecute him when he leaves office. Thus, eventhough it is a civil matter, the allegation of double registration being a criminal indictment, there is no doubt that the suit would be contentious or hostile in nature which would necessitate the calling of oral evidence from witnesses by the parties before the court. To this extent, the originating summons which is based on affidavit evidence cannot be adopted for a just and fair determination of the case on the merit. See OGOHAN v. IKWENU & ANOR. (2018) LPELR-43816 (CA) pp. 29-30; INAKOJU V. ADELEKE (2007) 4 NWLR (Pt. 1025) 423.

Furthermore, it is settled law that where allegation of crime is raised in a civil matter as in the present case, the party alleging same (Natasha in the circumstance) must prove same beyond reasonable doubt. In other words, where in a civil matter, an allegation of crime is made against a party, the standard of proof in civil matters (which is generally on the balance of probability or on a fair preponderance of credible evidence), changes to the standard of proof in criminal trials which is proof beyond reasonable doubt. Section 135 (1) of the Evidence Act 2011 (as amended) provides that, "If the commission of a crime by a party to any proceeding is directly in issue in any proceeding civil or criminal, it must be proved beyond reasonable doubt". See TAYLEK DRUGS CO. LTD. V. ONANKPA (2018) LPELR-45882 (CA); ADEWALE V. OLAIFA (2012) 17 NWLR (Pt. 1330) 478. See also the concurring judgement of Kudirat Motonmori Olatokunbo Kekere-Ekun, JSC in ENGR. MUSTAPHA YUNUSA MAIHAJA V. 1. ALHAJI IBRAHIM GAIDAM 2. APC and 3. INEC, Appeal No. SC 758/2016, delivered on Friday, the 2nd day of June, 2017, by the Supreme Court of Nigeria.

The implications of the foregoing analysis are diverse having regard to the mode in which Natasha's suit was commenced. Firstly, having raised allegation of double registration which is a criminal offence under the Electoral Act, Natasha is duty-bound in law to prove the alleged offence against Governor Bello beyond reasonable doubt. See section 135(2) of the Evidence Act. And if Natasha must establish beyond reasonable doubt that Gov. Bello committed the alleged offence, I am of the firm position that she cannot do so through affidavit evidence attached to her Originating Summons. Oral evidence has to be taken from witnesses who shall in turn be subjected to the fires of cross-examination since the case is obviously a hostile or contentious one. It therefore goes without saying that there is radical opposition between the nature of the suit that was filed by Natasha and the mode in which the suit itself was commenced.

In any case, I hold the view that all the electoral offences created under Part III of the Electoral Act, 2010 (as amended) cannot be enforced through civil suits such as that filed by Natasha Akpoti. Being offences in the true sense of the word, the offenders can only be brought to book through a criminal trial. The Electoral Act being an Act of the National Assembly, the A.G. of the Federation still retains the prosecutorial prerogative whether to institute, take over, prosecute, and or discontinue the prosecution of any alleged electoral offender pursuant to his powers under section 174 of the Constitution. Whether Gov. Bello would eventually be prosecuted or not at the end of his administration for the said alleged offence, what the law says about him for now is that he cannot be tried for any criminal offence at all. In the same vein, he cannot be punished over an alleged offence (double registration) in respect of which he has neither been tried nor convicted by a court of law. To disqualify Bello from contesting Nov. 16 election as prayed by Natasha in her suit on ground of alleged double registration ( a criminal matter for that matter without trial or conviction) is akin to punishing him "in advance" of an uncertain criminal prosecution! It is even worse if the punishments sought to be imposed on the Governor (such as those prayed for by Natasha in her suit), do not flow from the prescribed punishments under the section of the Electoral Act that was allegedly contravened. While the suit must have made major headlines in Nigeria within the week, I strongly doubt if the reliefs sought by Natasha Akpoti in her suit are grantable having regard to what the law says in the circumstances.

(S.O. Akobe is a Lawyer, a Social Commentator and a Poet)