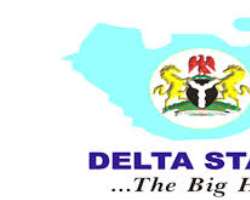 As the drama of which ethnic nationality in Delta state produces the next governor of the state gets more interesting between the Urhobos of Delta Central and the Ijaws of Delta south senatorial districts, the Ijaw nation has reechoed their position of producing the state governor after the expiration of the tenure of the incumbent, Dr. Ifeanyi Okowa.

The Ijaws based their argument on the premise that they produce the large percentage of the the state resources, stressing that the office of the governor should go round the key ethnic groups in the state for the sake of justice, fairness and equity.

In a press release Thursday signed by the president of the apex decision making organ for the Ijaw youths, Ijaw Youth Council (IYC), worldwide, Pereotubo Oweilaemi, Esq., said the rotation would give a sense of belonging to each tribes.

"IYC reiterate its earlier call that it is the Ijaws' turn to produce the next governor of the State. The office of the governor should rotate among the major ethnic groups in the State in order to give each tribes sense of belonging. The Ijaw people who produce the bulk of wealth for the State should also be allowed to taste the government power. It's politically inchoate if we are being treated as second fiddle human beings in a State that is benefiting immensely from us".

In its renewed call on the state governor, Dr. Ifeanyi Okowa, IYC prevailed on the governor to keep his cool and face governance in his second tenure.

"IYC calls on the Governor to maintain his neutral position all throughout his second tenure as God Almighty, He alone install a leader. Delta State is the finger of God. It is not out place if Okowa said only God knows who will succeed him in 2023. Of course his neutrality will further strengthen ethnic cohesion among Deltans and the ruling party's chances of retaining the government beyond 2019".

The group applauded the decision of the governor to be neutral on which tribe produces the next governor.

"IYC on behalf of the Ijaw nation heartily commends His Excellency, Sen. Ifeanyi Okowa of Delta State for pledging to take a neutral stand on the Delta 2023 gubernatorial election. The Governor's position has proved once again to Deltans that he is a statesman whose leadership credentials are for the well being of Delta people.

"Governor Okowa has a duty to scroll his name in the golden plate of history by allowing the will of God to prevail in 2023. Crisis of confidence, insecurity and political disharmony is rife in States where the ruling government choose to impose his will on the people. Deltans do not want such political acrimony in the State. The Smart Governor should therefore focus on delivering his Stronger Delta mantra. There is no doubt, Deltans will benefit more if he chooses to focus on his mandate as he has promised, to give the people the needed dividends of democracy.

"As the single second largest ethnic group in the State, we will not be allowed to be politically emasculated. We therefore urge our sons and daughters in Delta State to recharge their courses on attaining the seat of governance come 2023. The entire Ijaw nation is standing behind Delta Ijaw people for the actualization of this dream", the statement added.